The following is a guest post by Jane Rose, creator and leader of our newest tour, “Lovecraft in Brooklyn.” Jane comes by her interest in H.P. Lovecraft, weird horror, and the supernatural honestly due to her upbringing in rural New Hampshire, where crumbling Colonial houses and centuries-old graveyards abound. A writer, filmmaker, and sometime special fx makeup artist, her movies have screened at the H.P. Lovecraft Film Festival in Portland, Ore, and elsewhere. 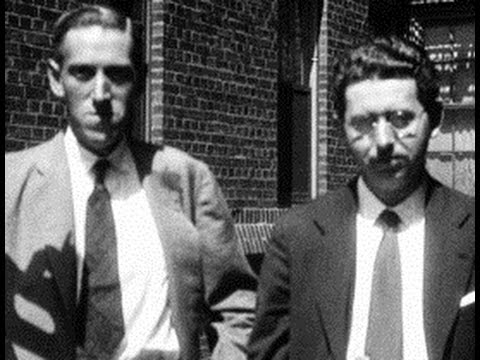 1920’s horror writer H. P. Lovecraft did not much relish his two years living in New York City (and that is putting it very mildly). He considered himself forever a New Englander and spent his long months of exile pining for his home in Providence, RI. But if there is one way that Lovecraft did resemble a typical New Yorker, it was that he was a walker.

Contrary to one stereotypical image of Lovecraft, he was not a sickly shut-in (at least not after a rough patch in his teens and early 20’s), nor did he reject all external entertainments in favor of the internal activities of his own weird brain. In fact, he was a keen explorer, particularly when it came to destinations that spoke to his antiquarian interests. Lovecraft’s proclivity for walking and exploration was particularly evident during his New York period, and the way he went about it was actually pretty badass. He would walk long distances, often at night, and often all night. Like a hardcore urban explorer, he was known to sneak or break into sketchy or off-limits areas to get at what he wanted to see. His close friend George Kirk, writing in the morning hours to his fiancée after an exhausting all-night jaunt through the West Village with Lovecraft, refers to the “charms of the last 12 hours” and the “joy of the hunt and discovery, the excitement of seeing a perfect specimen (of Colonial architecture) between a row of modern apartments.”

These explorations were more than mere sightseeing for Lovecraft. On the one hand, they inspired his stories (his nighttime strolls through the West Village notably inspired his short story He, while his exploration of Elizabeth, NJ, helped inspire The Shunned House). Moreover, they represented a fervent and life-sustaining search. Underemployed, broke, homesick, and in love with the antiquarian and mysterious (not to mention xenophobic and appalled by the people around him—a subject from which the Lovecraft in Brooklyn tour does not hide), Lovecraft found the modern world both prosaic and exhausting. He walked at night both to avoid the crowds and to imagine his surroundings as something other than what they appeared to be by day. He walked in search of older structures and relics (the early 18th century was his favorite time period) that spoke to a deeper history underlying the surface of the city, and which he feared were under threat from the onslaught of progress. Mixed chagrin and relief are reflected in a 1922 letter to his Aunt Lillian, in which he says of the Dutch Reformed Church in Flatbush: “Most of the original village edifices have long been destroyed, & replaced by blocks of shops & apartment houses; but some benign fate has preserved the ancient village church, whose ivy-twined belfry & spire still dominate the local sky-line.” 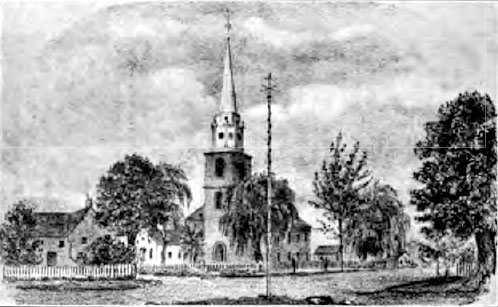 Some days in Brooklyn it’s easy to identify with Lovecraft. On every corner (particularly in Williamsburg where I live), as older, often interesting structures are being razed and replaced with gleaming, glassy luxury condos. Weed-grown lots, few and far between, and suggesting a sort of urban wilderness, are tamed, filled in, and made productive. The Brooklyn Navy Yard’s Admiral’s Row had that alluring romantic decay and served as a reminder of the waterfront’s older days, but it was also considered an “eyesore” and the property underutilized (hence its destruction last year).

We can take encouragement and inspiration, however, from Lovecraft’s perambulations. Both in Lovecraft’s time and today, a stroll can tease the extraordinary from the mundane. There may be a Starbucks every few blocks, but if one wanders far enough one is bound to stumble on something that provokes surprise or wonder. Do a little digging and research, and even more surprises may come to the surface. In a city with as many layers as New York, turning over a few rocks is likely to reveal some strange creatures. And walking tours (whether one is participating in or writing and researching one) are particularly aimed at scratching below the surface, tying past to present, and making connections where at first there appeared to be none. Hopefully the Lovecraft in Brooklyn tour will prove revelatory for those who come along.

Click here to buy tickets to Lovecraft in Brooklyn.