Why We Tell Ghost Stories At Christmas Part 1

This is the second in a series of holiday themed posts celebrating our annual Christmas tours. We’ll be presenting three holiday themed ghost tours, Ghosts of Christmas Past, this December, plus an extra highlights tour and reading of classic ghost stories at the Player’s Club on December 19th. To buy tickets to these events, click here! 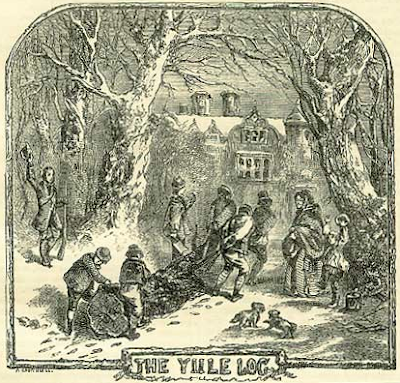 To many people in the United States (where I live), the connection between yuletide jollity and the telling of frightening tales seems strange and incongruous. When it comes to figuring out why we tell ghost stories at Christmas, the only single connection that can even tenuously be made is A Christmas Carol; otherwise, the two things hardly seem to go together. But they absolutely do! How, you say? Well, we could start with the aforementioned story, since it is certainly part of the ghostly tradition in its own way. But perhaps an even better place to begin would be, as I said, at the very beginning. Christmas is and always has been much more varied and multifaceted than our particular version of turkey, stuffing and presents ad infinitum might suggest.

Christmas wasn’t even a thing until the 4th century. It simply didn’t exist. No one really knew when Jesus was supposed to have been born. In fact, for a long time, some wacky people even thought Christ was born in May (May 20th, to be precise — my birthday!). Eventually, early Christian Historian Sextus Julius Africanus posited a late December birthday, and the idea stuck.

Enter: the pagans. (It’s always the pagans, isn’t it?) 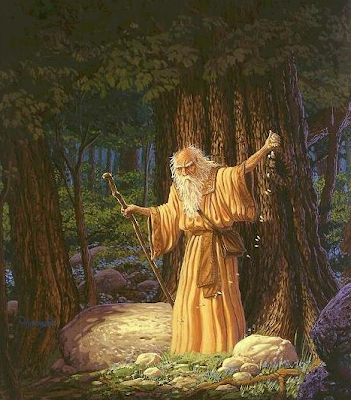 Now, I think many people are familiar with this old narrative: Northern European pagan symbols and rituals like bonfires and evergreen garlands became subsumed and syncretized by the Christian church. No longer symbolizing the unconquered power of the sun (as the solstice marks the end of the short days and the renewal of the sun’s power) or the end of the old year, now all those lovely, festive midwinter celebrations were suddenly about Jesus. All right, fair enough. Out with the old, in with the new. Except the past is never dead, is it? 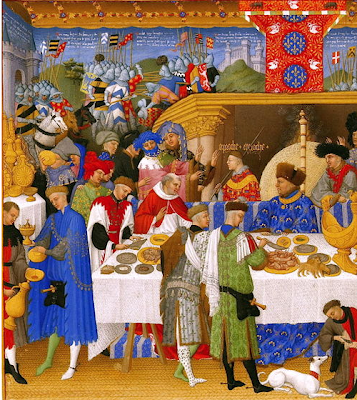 The old traditions were hard to keep down. Pagan activities like feasting and drinking — mead, spiced wine, hard cider, and ale — held over throughout the Middle Ages, much to the chagrin of the clergy, who frowned upon the carousing, singing, excessive merriment and general hooliganism that accompanied the holiday. The absorption of Christiany into pagan yuletide was marked by continual clashes between the celebrants the church. In fact, the reason why we now go caroling from house to house is because in the Middle Ages singing was banned in church on Christmas in an attempt to restore some solemnity to the occasion!

And then there were the Puritans. 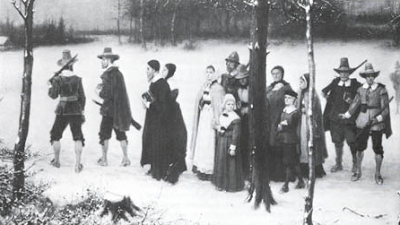 After the Protestant reformation, any celebration of Christmas at all was frowned upon, both in England and in America. In Boston, for instance, the celebration of Christmas was outlawed from 1659 to 1681. Just another reason why Boston sucks. (The residents of Virginia and New York continued to observe the holiday happily and freely, though in godless Gotham the festive drinking of the holiday season was often less an act of deliberate celebration than the coincidental continuance of daily routine.)

The Catholic church responded to the Puritan buzzkills by enforcing a more ecclesiastical focus on the holiday, which, of course, made nobody happy. By the 19th century, Britons were growing nostalgic for the merrye Medieval Christmases of olde, and when the German traditions of the House of Hanover were imported to the British Isles — particularly Victoria and Albert’s stunning Christmas tree — the populace eagerly embraced these increasingly festive developments; add to that a fabulous little story by Charles Dickens, written in 1843, and the Victorian revival of Christmas was well and truly underway…

Check back tomorrow to read the rest of this post!