Why We Tell Ghost Stories At Christmas Part 2

This is the third post in a series of holiday themed posts celebrating our annual Christmas tours. We’ll be presenting three holiday themed ghost tours, Ghosts of Christmas Past, this December. To buy tickets to these events, click here!

In yesterday’s post, we discovered part of the reason why we tell ghost stories at Christmas. But there’s more to the story! Here’s the exciting conclusion! 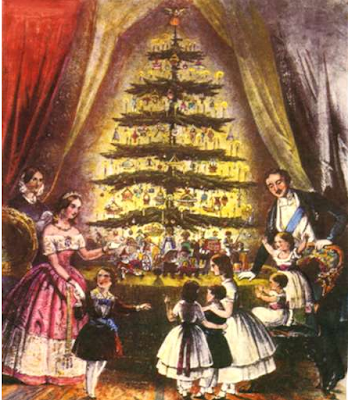 Here’s where the ghosts come in and also where things get a little murky. Why ghosts? Did Dickens single-handedly invent this idea? Or was it yet another old tradition revived? It’s a bit hard to tell. Although Mummers plays and mystery plays had been around since the days of Charles the Second, there doesn’t seem to be much historical precedent for ghost stories per se. Some suggest an ancient, spiritual link with the Celts and their belief that the veil between the world of the living and the world of the dead is thinnest at this time of year. Others say it was simply the Victorian passion for ghost stories that led to them being printed in the many Christmas annuals of the day. I think a combination of the pagan/Yule spirituality and the advent of the Christmas annual work together to provide some explanation for the emergence of this tradition. Think about it: the mysterious power of the solstice and the year’s longest night, the flames of a hypnotic fire, ancient times evoked by sprigs of mistletoe, a little ale…. suddenly one becomes very open to ghost stories, which lend themselves very naturally as entertainment on wintry nights. As humorist Jerome K. Jerome wrote in the 1891 preface to his collection of ghost stories, Told After Supper, “There must be something ghostly in the air of Christmas — something about the close, muggy atmosphere that draws up the ghosts, like the dampness of the summer rains brings out the frogs and snails…Nothing satisfies us on Christmas Eve but to hear each other tell authentic anecdotes about specters.” It should be mentioned here that these stories were often rather lighthearted in nature, rendering ghosts “curiosities rather than terrors.” 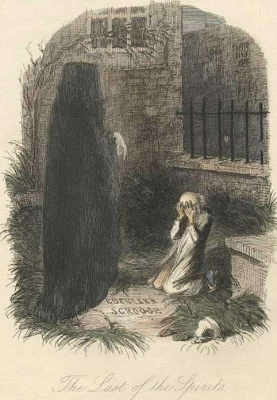 Though the Victorian version of the holiday heavily influenced how Americans celebrate it, the telling of ghost stories has, somewhat strangely, never caught on here. For whatever reason, Americans didn’t take to it — perhaps because they lack the Celtic roots and traditions of the British Isles that lend mid-winter its otherworldly spirituality. Perhaps the American melting pot is just too diverse to support something that isn’t accepted with equal vigor in all countries and cultures. Or perhaps Americans are too busy with their other favorite holiday tradition: shopping. For better or worse, it was the Americans who put a truly commercial spin on things. Though the giving of gifts had been part of Christmas celebrations since the Middle Ages, it was Clement Clark Moore’s A Visit From St. Nicholas that placed the focus on Santa and toys, and the subsequent popularity of gift-giving has seemingly eclipsed nearly every other aspect of the holiday in this part of the world. In many American households Christmas Eve is a time to relax by the fire with a glass of something warm and wrap up all those gifts you’ve spent the last four weeks buying. Fair enough.

But it would be fun to bring the ghost stories back, wouldn’t it? And this is something you could easily do while trimming trees, listening to carols, and wrapping gifts, no? The ghosts of Victorian England didn’t just materialize. They’re ghosts, for goodness’ sake. They must have been alive at some time. Perhaps in the mistiest mists of time, in the olden days, in the once-upon-a-times. Back in the very beginning when fire and evergreens meant something else entirely…. or perhaps they are simply lightehearted, Christmasy fun. But for me, this is one of the times of year when my imagination runs wildest, and I cannot help but dream about what other worlds there are, were, or might be, particularly under a silver moon, at midnight, on the longest night of the year. Such a night seems made for ghost stories. 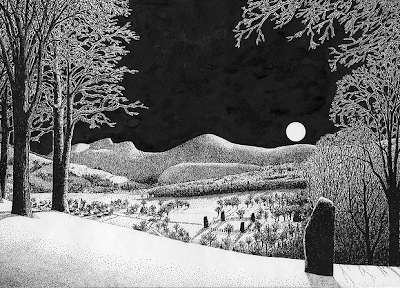