Two Boroughs of the Dead Guides Featured in Morris-Jumel Anthology 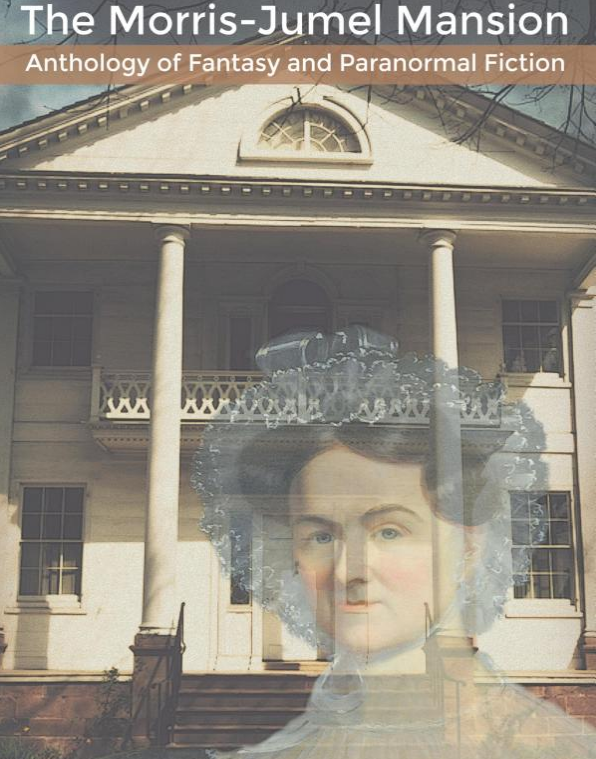 Boroughs of the Dead is proud to announce that two of its guides are featured in the upcoming Morris-Jumel Mansion Anthology of Paranormal and Fantasy Fiction, published by Riverdale Books.

The anthology features fourteen tales set in the Morris-Jumel Mansion, Manhattan’s oldest house. Its opening story is by accomplished author and Boroughs of the Dead guide Leanna Renee Hieber, whose Strangely Beautiful series is out now from Tor. The second story in the anthology comes from Andrea Janes, owner and founder of Boroughs of the Dead, as well as author of the short story anthology of the same name.

The historic Mansion housed General George Washington during the Battle of Harlem Heights, and was subsequently the home of the infamous Aaron Burr and his wife, Eliza Jumel, who reputedly still haunts the grounds. Pulitzer and Tony-Award winning author Lin Manuel Miranda wrote portions of his ground-breaking musical, Hamilton, in Aaron Burr’s bedroom. Miranda, in his introduction to the anthology, writes: “George Washington used the Morris-Jumel Mansion as a base while fleeing New York. I’ve had writing sessions and meetings for ‘Hamilton’ there. Some writers go to the Berkshires — I go to 162nd Street.”

Riverdale Avenue Books Publisher Lori Perkins says, “I believe that this is the first time that a book like this has been published, creating fiction around the legends that have grown up around an historic location. I hope it is the first of many such books, tying the past with the present.”

This is an ideal project for Hieber and Janes, both of whom are inspired by New York City’s haunting history.

To celebrate the release of The Morris-Jumel Mansion Anthology of Paranormal and Fantasy Fiction, Riverdale Avenue Books and the Morris-Jumel Mansion will hold a free book launch party at the historic mansion on Saturday, October 15th from 4:00pm to 6:00pm, featuring a selection of the anthology’s authors reading from their short stories based on the Mansion’s factual incidents and inhabitants. Madame Eliza Jumel and her husbands Stephen Jumel and Aaron Burr serve as inspiration, as do a Hessian soldier who fell on his bayonet, a 19th Century servant girl who committed suicide on the staircase, original house builder and gentleman farmer Roger Morris, and famous neighbor Alexander Hamilton. A panel discussion will follow the reading, focusing on the relationship between the true history of the mansion and this collection of stories. Books will be available for sale and signing.

The free event is part of the Mansion’s day-long Culture and Arts Festival, held at the Morris-Jumel Mansion, 65 Jumel Terrace, located between 160th and 162nd streets in Manhattan, one block east of St. Nicholas Avenue. For more information, visit: http://www.morrisjumel.org/culture-arts-festival/.

The Morris Jumel Mansion Anthology of Paranormal and Fantasy Fiction, edited by Camilla Saly-Monzingo, is available at Riverdale Avenue Books, Amazon,  iTunes, Barnes and Noble, and wherever books are sold.