The following is a guest post by Boroughs of the Dead tour guide Marie Carter. Marie will be leading our next Haunted Brooklyn Heights tour on August 26th. Tickets are available here.

“I live in Brooklyn. By choice.” This is the first line of Truman Capote’s legendary essay, “Brooklyn: A Personal Memoir.” This is a hilarious statement from our contemporary point-of-view, considering that Brooklyn real estate is now amongst the most desirable in the United States, but in Capote’s time (the fifties/sixties), Brooklyn Heights was something of a derelict, rundown area, and the perfect inspiration for some of Capote’s darker stories.

One of the common stops that we make on our local “Haunted Brooklyn Heights” tour is the Capote House on 70 Willow Street. It used to be a yellow brick house, but the current owner, Dan Hauser of Grand Theft Auto fame, submitted plans to the Landmarks Preservation Commission (which were approved) to convert this 1830s handsome Greek revival house back to its original red brick façade.

Truman Capote lived at 70 Willow Street from 1955 to 1965. Capote never owned the house; it was owned by his friend, Broadway set designer, Oliver Smith. Legend has it that one night, Capote got his friend Oliver drunk, and in a nutshell said to him, “Why are you rattling around in this twenty eight-room house? Surely, you could spare a room for your old chum, Truman?” Amazingly, it worked, because Oliver generously gave the basement section of the house to Capote and he went on to write In Cold Blood and Breakfast at Tiffany’s in that very basement. There’s also a story that he once invited Jackie Onassis over when his friend Oliver was out of town and pretended he owned the entire place.

Currently, there is a fantastic exhibition titled “Truman Capote’s Brooklyn: The Lost Photographs of David Attie” at the Brooklyn Historical Society on Pierrepont Street of a series of long-lost prints by David Attie that feature Capote and his Brooklyn taken in 1958 when Truman Capote was only thirty-three-years-old. In 2014, David Attie’s son came across an envelope that read “Capote’s House” and thus, the photographs were rediscovered. Initially, the photographs were published by The Little Bookroom as Brooklyn: A Personal Memoir, With The Lost Photographs of David Attie, and then it became an exhibition at the Brooklyn Historical Society. There is also a letter from Truman Capote to Esquire editor Rust Hills expressing his deep disappointment that only one of the David Attie photographs were published alongside his Breakfast at Tiffany’s story. 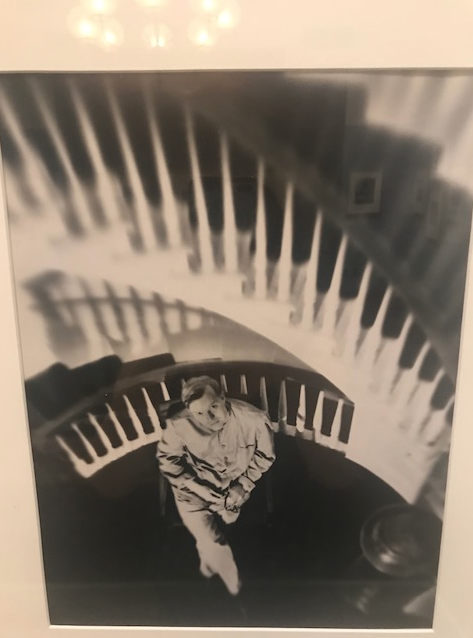 Some of the highlights of the exhibition include two photographs of Capote in the gorgeous rotunda staircase of 70 Willow Street; and Capote looking out toward Manhattan at the Brooklyn Pier (you can see the Woolworth Building in the background and hear about its dark secrets on our Forgotten Dark Histories of Lower Manhattan Tour). 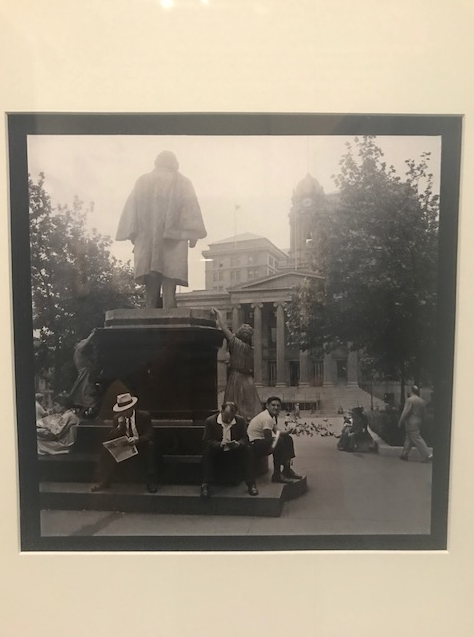 More than that, there are photographs of Capote’s neighborhood. There are photographs of the legendary W.E.B. Dubois (Brooklyn Heights has long attracted literary writers including Arthur Miller, Thomas Wolfe, Norman Mailer, Henry Miller, Paul Bowles, and so forth). And there are also intriguing neighborhood portraits such as young boys frolicking in the waters of the East River underneath Brooklyn Bridge, a horse and carriage carting flowers and the Hotel Margaret. On our tour, we sometimes tell a grisly tale of poison associated with that hotel which was also designed by the architect Frank Freeman who designed the Herman Behr House, another stop filled with a fascinating, macabre past. 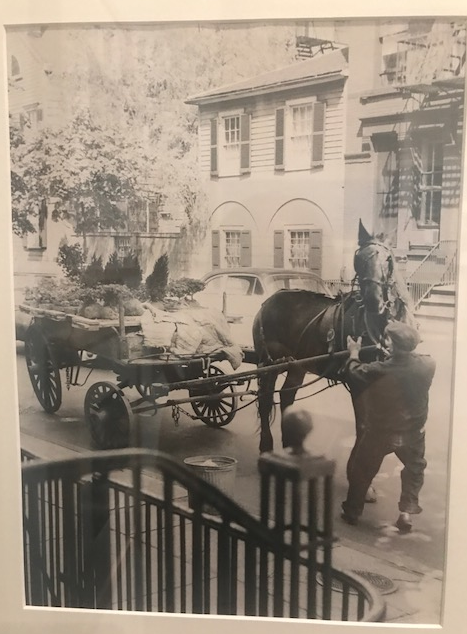 The exhibition is up at Brooklyn Heights Historical Society until January 2018 and it is well recommended to go and see it while it’s still up. The book published by The Little Bookroom has additional photographs that are not in the exhibition including a photograph of Capote standing on the veranda of 70 Willow Street with cherry blossom dangling in the background and a photograph of 10 Montague Terrace, another stop on the tour for our horror film fans.