The Most Haunted House in Greenwich Village 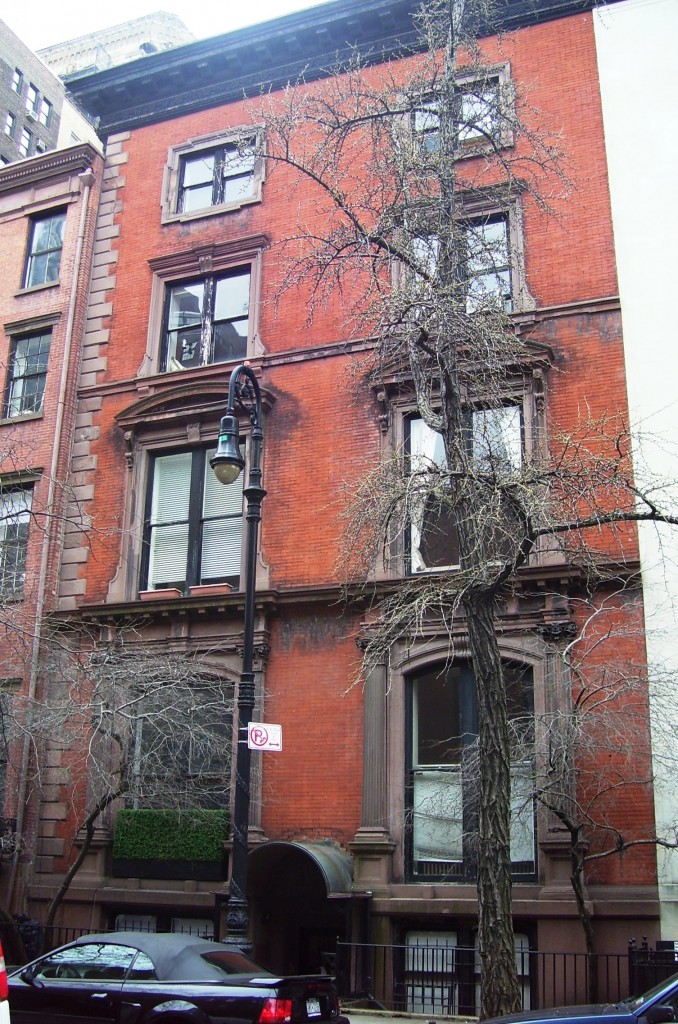 14 West 10th Street, located between Fifth and Sixth Avenues, on one of the Village’s most picturesque blocks. It is perhaps no wonder, then, that it is incredibly haunted. After all, it seems almost too good to be true…

Mark Twain lived at this address from 1900 – 1901 and if you visit it you will see a small bronze plaque in his honor. The beautiful 1830s townhome already had a reputation for being haunted at the time he moved in. Twain, though, was an inveterate skeptic who mocked the idea of ghosts and refused to believe in the unexplained. He even expressed his disbelief in a short story appropriately called “A Ghost Story” in which a ghost haunted his own fake corpse. Even the sight of a truly unexplained phenomena couldn’t shake Twain’s skepticism. One night he saw a piece of kindling wood moving by itself near the fireplace; he grabbed a pistol and shot at it. The kindling fell to the floor, where Twain saw a few drops of blood. No intruders, human or animal, were ever found to explain the event, though Twain sniffed he was sure it was a rat and still refused to believe that what he had seen sprung from supernatural sources.

These days, Twain’s ghost is said to appear to current residents of 14 West 10th Street on the first floor and at the lower level landing of the staircase. Some say the house is haunted by no fewer than twenty-two spirits, the ghosts of people who formerly lived and died in the house. Perhaps Twain does take his place among this cavalcade of shades, or perhaps it is merely wishful thinking on the part of those who spot the spirit – after all, who doesn’t love a good celebrity ghost?

One former resident who attested to Twain’s presence at the townhouse was Jan Bryant Bartell. Bartell was an actress and writer who discovered she had a touch of the second sight when she moved into the neighborhood. She began to see and experience different psychic phenomena when she moved in to the house next door (16 West 10th Street), hearing noises, seeing visions, and generally feeling oppressed by dread and foreboding. She ended up moving next door (to number 14) but still felt the presence of ghosts, including a very strong feeling that Twain was still there. One day she inquired of the superintendent if he had ever noticed anything strange in the building.

“The super before me, he had some stories to tell,” the super replied.

“What kind of stories?” asked Jan.

“About that fella Clemens.”

“Has he been seen here?”

“Yes ma’am, twice that I know, and by two different folks,” the superintendent continued. “On the ground floor, back in the 1930s. A mother and daughter, a young widow woman, were sharing the apartment. The mother, she comes into the living room one evening before the lamps are lit, and she sees a man with white hair, wild-like. He’s sitting in a chair looking out the window and she says, ‘Who are you and what are you doing here?’ and he says, ‘My name is Clemens and I got problems here I gotta settle.'”

In 1989, another tragedy occurred here when prominent attorney Joel Steinberg beat his adopted daughter, Lisa to death. While she doesn’t haunt the place (reportedly), the horrible crime earned the dwelling the sobriquet “The House of Death,” which it retains to this day. So beware next time you stroll down a block that seems “to good to be true.” It just might be.