The Enduring Appeal of the New York City Ghost Tour 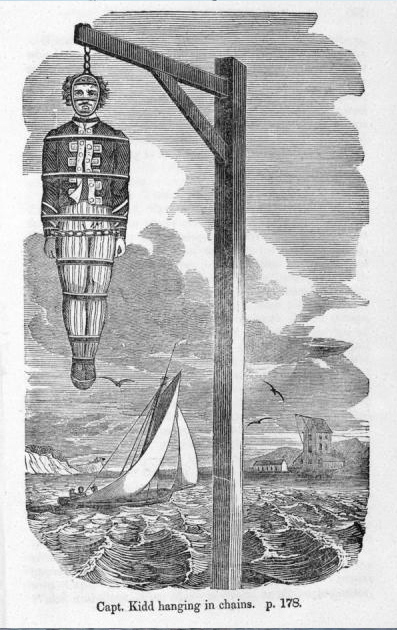 “We should pass over all biographies of ‘the good and the great,’ while we search carefully the slight records of wretches who died in prison, in Bedlam, or upon the gallows.” – Edgar Allan Poe

It is somewhat difficult to be a romantic in New York, a city notorious for ruthlessly ripping out the roots of the past. You’re always searching for things that aren’t there. But, luckily for people like us, the dead “a notoriously perverse and unmanageable lot.” As Luc Sante writes in Low Life, the dead “tend not to remain safely buried, and in fact resist all efforts at obliterating their traces.”

“New York, which is founded on forward motion and thus loath to acknowledge its dead, merely causes them to walk, endlessly unsatisfied and unburied, to invade the precincts of supposed progress, to lay chill hands on the heedless present, which does not know how to identify the forces that tug at its rationality.” – Luc Sante

The ghosts of this city’s past, you see, worm their way into our subconscious. They are in the shadowy, watery streets of Lower Manhattan on a Saturday at midnight; they are in the faded, nearly invisible sign painted onto brickwork; they are in the myriad legends we have heard about that friend’s 5th floor walk-up, in which she never feels quite alone. It is easy to forget they are around in this city often considered too bustling, too modern, for ghosts. But stop and listen. Look around. They’re still there.

And I think I’m not alone in sensing these things, in wanting to sense these things. The crowds flocking to Greenwich Village ghost tours attest to that. The faces of my customers when I relate my 19th century true crime stories attest to it as well: their faces are shocked, rapt. That happened here?! Far from being morbid, I think it is very natural to be attracted to these things. Our city is so relentlessly modern, I think we sometimes yearn to let our imaginations meander toward the past.

“But isn’t it in bad taste to tour a site where somebody died?” some people will ask. Yes and no. Obviously, discretion is important when dealing with fresh wounds. But it is almost impossible to walk through the island of Manhattan without stepping by a place where somebody has died. Death is simply a part of life. The more you try to ignore it, the more it will seep up through the cracks like the waters an underground creek that cannot be stanched. It only trickles up through the basement.

Perhaps by indulging in a little “dark tourism,” we are actually making those who have gone before us… happy? Even if you don’t believe in ghosts or the afterlife at all, it is still important to acknowledge the histories of the infamous, the forgotten, and the obscure. They, too, have a lot to tell us.

If any of the above describes you, I offer a variety of walks that would be right up your alley. Stay tuned for other ghost walks as the weather begins to turn cool… I’ve always got new routes in development. And if you ever have any suggestions, feel free to contact me.

Hope to see you on a ghost walk soon.