The Poisonous Prohibition in Brooklyn Heights

The following is a guest post from our tour guide Marie Carter, who will be conducting a lecture on “The Poisonous Prohibition” at QED in Astoria on Sunday, June 25, 2017, and leading our “Haunted Brooklyn Heights” tour — which will feature stories of poison during the Prohibition, true crime, haunting, murder, and more — on Friday, June 23rd. Tickets to the tour are available here. 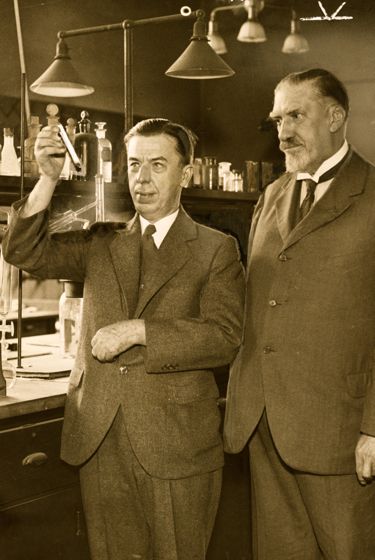 Over the last year, there have been two books from my long reading list that have stood out for their meticulous research, highlighting beguiling little-known New York City histories, with jaw-dropping stories. Those two books are The Poisoner’s Handbook by Deborah Blum and Bellevue by David Oshinsky. One particular element of the research in these books amazed me was the large number of people who died from poison during the Prohibition. This was due first of all to the fact that many people during the Prohibition resorted to making their own moonshine or buying extremely cheap bootleg whiskey, that was more often that not, poisonous. In addition, several years into the Prohibition, lawmakers were becoming frustrated with the members of the U.S. population who were flouting the Prohibition laws. As a result, the U.S. government began deliberately poisoning liquor in 1926. As 1926 drew to a close, with all the holiday celebrations, over 65 people were packed into the alcoholic ward of Bellevue within two days, hallucinating, vomiting, and blinded by wood alcohol.

I’ll be talking about this deadly and curious slice of history in more detail at QED on Sunday June 25, 2017 in a talk called “The Poisonous Prohibition,” and I’ll also be adding some stories of poison during the Prohibition to our “Haunted Brooklyn Heights” tour on Friday June 23, 2017.

One such story of poison and booze is set in the neighborhood of Cobble Hill/Brooklyn Heights on a chilly and misty night, under a full moon, in December 1926. Some Brooklyn policemen were out on the beat, when they encountered a man moving furtively towards a dark part of the Brooklyn wharf on the East River. He was bent over, carrying a heavy looking bundle. The police called out to him to stand still as he was placing the bundle by the edge of the pier. They were extremely suspicious of what he was carrying. In a fright, the man kicked the bundle into the river and ran off into the mist. Officer James Anderson called after him, then shot his pistol three times in the air. A nearby patrolman heard the shots and came running, smashing into the running man and tackling him to the ground. The police quizzed the man, sometimes yelling at him for answers. But the man remained mute.

A man in a black taxi pulled up. He knew the man. He was his neighbor, longshoreman named Francesco Travia, from Sackett Street in Brooklyn. Travia looked very ill, flushed, and his face was rimed with black stubble. He refused to answer any questions, even with the arrival of his neighbor, so the police took him into the Hamilton Street station. They noticed that the bottom of the man’s trousers were colored dark red. The officers told the man to take his shoes off. As they suspected, the man’s socks were soaked with blood. The police locked him up and went directly to investigate the man’s apartment.

On the kitchen floor, they found upper half of the body of a dead woman. Her head was battered and her half body lay in a clotted pool of blood. There was a blood-spattered butcher’s knife and chisel on the table.

The officers went back to the station and formerly arrested Travia for murder and dismemberment charges. The chief medical examiner was called out and he arrived at three in the morning. Inspecting the corpse, the examiner told the police, “Boys, you can’t arrest this man for murder.” The police argued with him that they could.

The body was taken to the Bellevue morgue. The husband and daughter of the half-corpse were called out, Alice and Frederick Fredericksen. They positively identified the half-body as Anna Fredericksen. They ran a rooming house on Henry Street around the corner from his apartment building. Travia was a loner and a drinker, but he wasn’t a violent man.

The husband and daughter, Alice and Frederick Fredericksen came tof identify the body. It was Anna Fredericksen. They knew the murder suspect. They ran a rooming house on Henry Street around the corner from his apartment building. Travia was a loner and a drinker, but no one had thought of him as a violent man. And Anna was a plain, easygoing woman, not the kind to provoke murder. Both father and daughter were shocked and puzzled.

Travia lived a solitary life, after he had come to New York City 22 years earlier, following the death of his wife in Italy. He preferred to drink alone as well, drinking whatever bootleg whiskey was available during the Prohibition.

Travia confessed to the investigators that Anna Fredericksen had come to his apartment in search of some of his fine bootleg whiskey, as she didn’t have any alcohol at home. Anna was a heavy drinker, her husband had admitted to the police, and her bootlegger had been unable to deliver that week.

Travia told the police that he and Anna had finished his own supply of liquor, sitting at his kitchen table. When he tried to get her to leave, they’d argued. He felt incredibly groggy and had fallen asleep at the table. He woke sometime later, foggy-headed and found Anna lying on the floor. He tried to shake her awake. Her body was eerily cold and stiff. In a panic he assumed he must have killed her while they argued and that he had either shaken or strangled her to death. He decided he had to get rid of the body. Anna Fredericksen was a corpulent woman and so in order to get rid of the body more easily, he would chop her into pieces and dispose of it in the river. He would do it in two trips, except he would be caught on the first trip.

The Brooklyn police were not very convinced by this confession or the toxicologist’s report. Travia was forced to stand trial for murder in March 1927. The building owner had discovered a coffeepot on Travia’s stove had boiled over, putting out the burner flame, allowing gas to drift through the apartment. Gettler had testified that carbon monoxide poisoning had caused the woman’s death.

In March 1927, Travia was found not guilty for murder, but he was found guilty of trying to dismember a body. As a result, Travia went to prison and thankfully not to the electric chair.