The Fox Sisters, Spiritualism, and the Burned-Over District 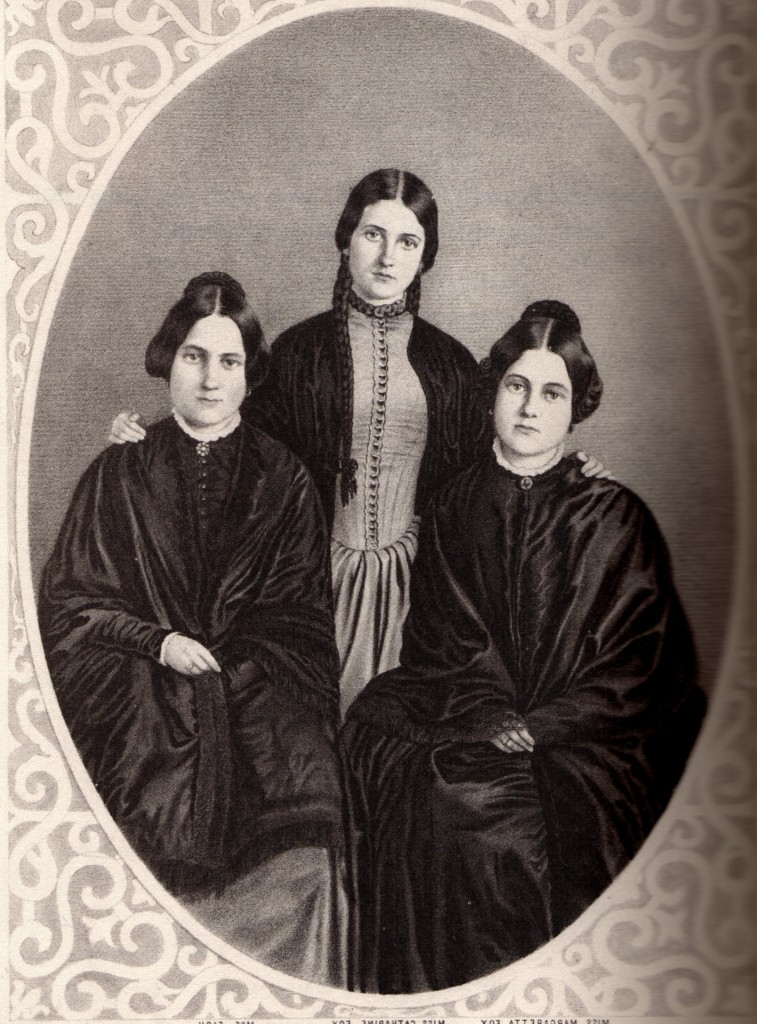 This post is published in conjunction with our upcoming tours, Murder & Mayhem, Scandal and Spiritualism tour of Green-Wood Cemetery and Magic and Mysticism of Central Park , which explore the spiritualism and mysticism of 19th century New York. Tickets for these events can be purchased here.

If you were mystically inclined in 19th century America, the best place for you to be was New York state. While the runner up might have been New England, with its Transcendentalism, for pure religious and spiritual fervor, there was nowhere quite like New York.

According to The History of Western New York, a “religious fervor roiled [as] Shakers, Spiritualists, Mormons, and others found solace in a land of free thinkers.” The spiritual fire burned so bright over New York state, particularly upstate and Western New York, that it earned it the name The Burned Over District, as “wave after wave” of religious fire rolled over the land. It was in Yates County that Quaker Jemima Wilkonson, a.k.a The Publick Universal Friend, started her Utopian community of Jerusalem; it was in Palmyra that Joseph Smith allegedly discovered the Book of Mormon. In Orange County, you could have a sitting with clairvoyant Andrew Jackson Davis, the Poughkeepsie Seer, and it was in Hydesville, near Rochester, that, perhaps most famous of all, two teenage girls created a phenomenon that would forever change the idea of life after death: Spiritualism.

Spiritualism is one of the most fascinating aspects of Victorian life, and had such far reaching effects — with high-ranking people like the President of the United States and the Queen of England participating in seances — that is is sometimes easy to forget its humble beginnings in a wood cabin in upstate New York. In 1848, two teenage girls, Kate and Margaret Fox (11 and 15 years old respectively), began to tell tales of hearing spirit rappings coming from the floorboards, which they claimed were caused by the ghost of a dead peddler buried under the floorboards. They nicknamed their ghost Mister Splitfoot, and worked out a system of communication with him, using one knock to represent YES, and two knocks for NO. After successfully convincing their family that they were receiving messages from the Great Beyond, word spread and neighbors started lining up outside their cabin to ask Mister Splitfoot questions of their own, mostly about dearly departed loved ones.

Shortly after all this started, the young girls were sent to live with their older sister, Leah, Rochester. Here’s where things get interesting. Leah apparently loved the idea of taking her sisters’ show on the road, and she promptly set them up with tour dates all over the country. For several years the girls made money hand over fist, and Leah even joined in the fun and became a medium herself. In 1851, Leah married for the second time and moved to New York, where the sisters continued to have regular seances when not on the road. Leah’s second husband died and shortly thereafter, she married fellow Spiritualist Daniel Underhill in 1858. Around this time, Leah stopped holding public seances, and Kate and Maggie were eclipsed by the many other mediums and Spiritualists who had sprung up in their wake. The younger sisters spiralled into serious alcoholism, and by 1888, Katy denied that any of it had ever been real. Of course, this resulted in some bitter acrimony between the sisters, as the younger girls accused Leah of exploitation, and the older sister denounced them as dissolute liars. By 1893, all of the Fox sisters had passed into the other word.

But the death of Spiritualism’s founders was not, of course, the end. Spiritualism still lives on in the Burned Over district, in Chataqua, New York. The village of Lily Dale remains devoted to Spiritualism and mediumship, and attracts thousands of seekers each year, from the ardent seekers to the merely curious. If you can’t make it to Western New York, there is a Spiritualist Church right here in New York City, on 35th Street, which holds regular church services and seances.

Incidentally, the Fox sisters are all buried within the limits of the City of New York. You can visit their graves in Brooklyn’s Green-Wood and Cypress Hills cemeteries. Our Murder & Mayhem, Scandal and Spiritualism tour of Green-Wood Cemetery will will discuss many aspects of Spiritualism’s legacy in 19th century New York. Tickets can be purchased here.

Spiritualism, Transcendentalism, and other spiritual phenomena in 19th century thought are also discussed on our Magic and Mysticism of Central Park walking tour, which explores the Park’s rich mystical imagery and spiritual symbolism. The next tours take place on October 16th and November 7th, and you can buy tickets for that here.