The following is a special guest post by Boroughs of the Dead tour guide Marie Carter: 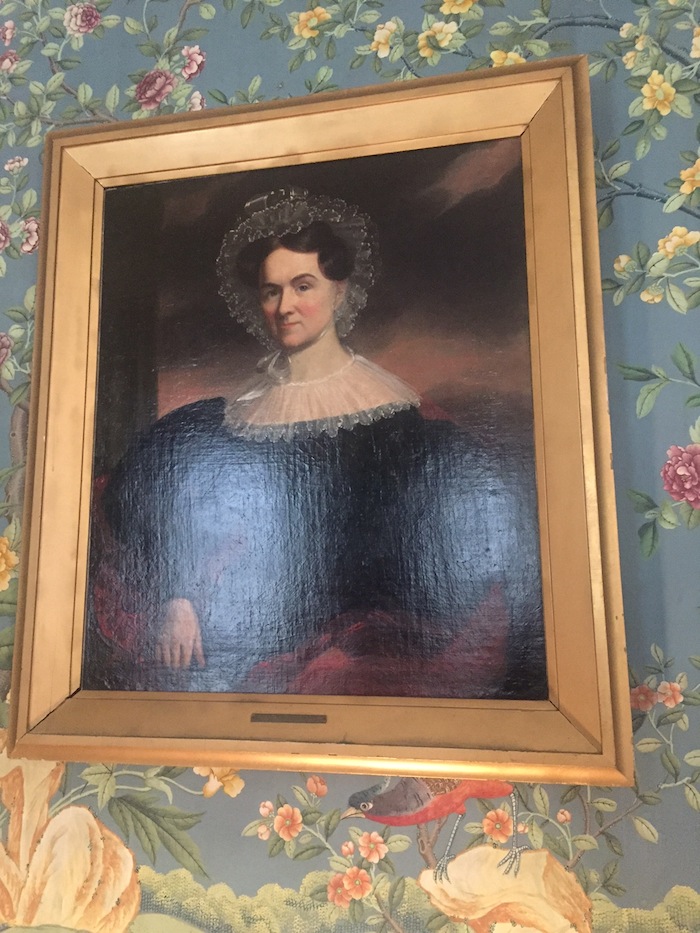 The Washington Heights mansion was built in 1765 and celebrated its 250th anniversary last year. It was built by Roger Morris, a British military officer and served as a headquarters for both sides in the American Revolution, and George Washington is known to have spent some time there. However, the mansion’s most well-known resident is Eliza Jumel. Eliza Jumel started life in a Rhode Island workhouse, was rumored to be a prostitute, and she married the wealthy French-Haitian merchant Stephen Jumel and lived a life of opulence thereafter, moving to the mansion in 1810. In 1832, Stephen Jumel had a terrible accident, falling out of a carriage and landing onto a pitchfork. He was brought back to the mansion, still breathing, but he died in the night. It’s rumored that Eliza is responsible for his death, and that she undid his bandages while he slept. Eliza married Aaron Burr the next year but their marriage was tumultuous and only lasted a few years. In fact, the divorce went through the day Aaron Burr died in 1836. After passing through various owners, the city purchased the house in 1903, and it has been a museum ever since.

The evening began in the octagonal room. Vinny Carbone, Director of Programming, talked about his first experience in the mansion just over a year ago. He came for a bachelor’s party and instantly became fascinated with the mansion. In October 2015 he created and directed a site-specific play at the Mansion called Awakening in Ink.

Carol Ward, the Executive Director of the mansion then noted there tends to be more activity during events/renovations. In the last week, portraits had been moved for an upcoming renovation. Carol said there tends to be more paranormal activity when she’s around. She’s been working at the mansion for eight years and she’s the first female Executive Director of the mansion, and many believe that Eliza had feminist leanings, considering the way in which she’d managed to expand Stephen Jumel’s fortune and hold on to it, in spite of being a woman. There have been other recent investigations at the mansion by outside groups but they found little activity. Carol talked about some of her ghostly experiences in the mansion, for example, recently when a television crew was visiting the mansion, Carol heard a voice ask if everything was okay but she could find no one in the near vicinity.

The first area to be explored was the dining room. We waited in the dark keeping a distance from the EMF pumps which started to lightly flicker. As Carol told us more history of the mansion, we all distinctly heard footsteps coming from the second floor when no one was on the second floor. Then Vinny started to notice activity on the K2 wires by the room where Eliza married Aaron Burr. The lights were moving from orange to red. More than that, the white noise scanners started to pick up a lot of static. 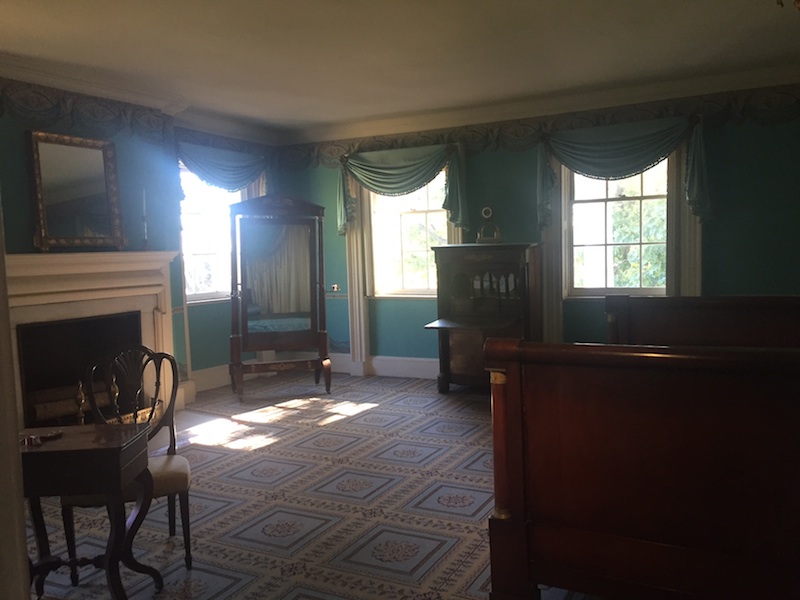 After the activity in the dining room started to calm down we moved to the second floor landing. Vinny talked about introducing ourselves to the ghosts European style and talked about the idea of stating to the ghosts that we meant no harm. He noted that American style ghost hunting usually meant someone would bust into the house with no introduction. Carol began talking about the most famous incident in which a group of school children were waiting to get into the mansion. An elderly woman came out onto the second floor balcony and told them to be quiet. When a member of the museum staff showed up to let the children in, they asked about the woman on the second floor. No one should be in the mansion right now. When the children saw Eliza’s portrait, they told the staff member that that was the woman they saw. There was little activity in the second floor but the EMF pumps were flickering blue ever so slightly in the area near George Washington’s room.

The group of women moved to the room that was considered to be Eliza’s adopted niece’s room but now historians think it might have been her great nephew’s room. There was some activity detected on the K2 wires in this room but our group had a little trouble figuring out who the spirit might be based on our questions.

In the room that I’ve come to think of as George Washington’s room which contains a telescope and a map, there was no activity just a flickering red light that turned out to be a smoke alarm. 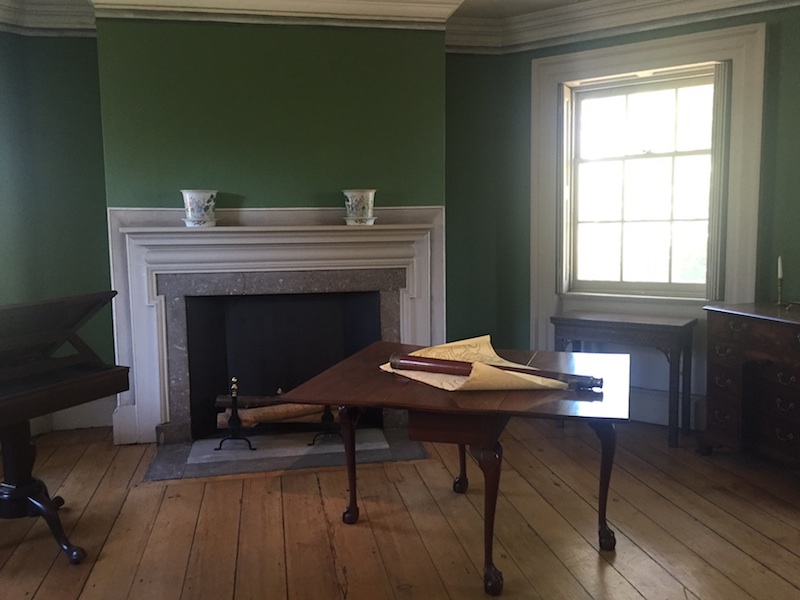 In Aaron Burr’s room, the K2 wires were turning to red and orange and the EMF pumps were emitting a blue light but this was also an elusive ghost and our questions for the ghost were unable to confirm his or her identity. Some of the activity seemed to be coming from the chair. “It’s the ghost of Lin-Manuel Miranda,” Carol joked. Lin-Manuel Miranda had sat in that chair while writing several Aaron Burr songs for Hamilton: The Musical. Of course it couldn’t be the ghost of Lin-Manuel Miranda because he was alive and well and, in fact, he would go on to receive a Pulitzer Prize for Drama that Monday. 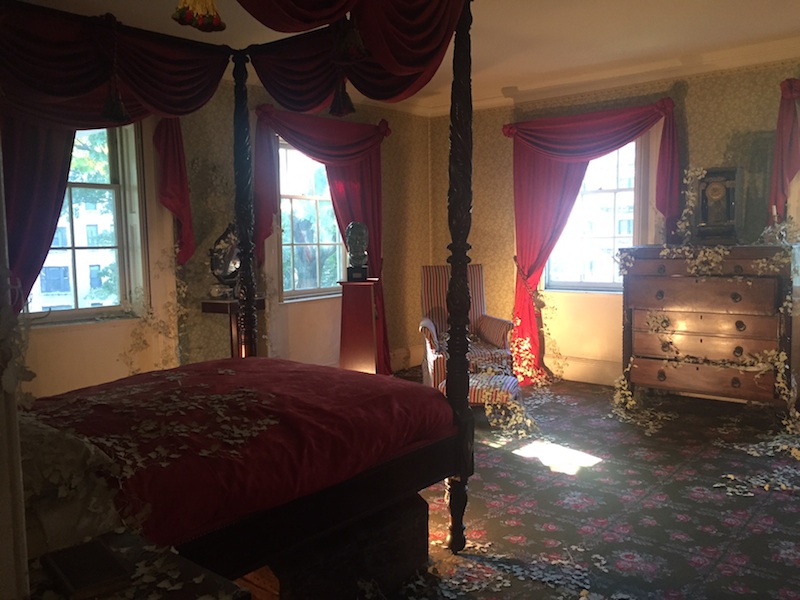 Going down to the basement where the kitchen is based, there was no activity with the exception of the motion detector lights which were placed by the stairs. No one was sitting or standing anywhere near the stairs but the lights kept going off as though someone were hovering in the stairwell. Carol told us about the time she and another staff member, Chris, were upstairs in the gift shop and distinctly heard the scraping of the table legs followed by laughter in the basement. No one was supposed to be in the mansion at the time and they both looked at each other a little anxiously. Running downstairs to find out who was there, they searched thoroughly but couldn’t find a single person. The basement door was most certainly locked. They had no explanation for who was making those sounds.

Noting that there had been little activity in the basement, Chris jokingly asked of the ghost, “Do you want us to go upstairs and eat birthday cake?” In a deep ghostly voice, Vinny quipped, “Yes.” And the motion detector light flashed on. We took that as our cue.