Designed by the good people at Strange Attractor, and published by the Wellcome Collection and Trust, Medical London: City of Diseases, City of Cures, is a portmanteau: part map, part history, part walking-tour guide, stuffed with beautifully illustrated full-color prints of such points of interest as Bedlam Insane Asylum and Thomas Crapper’s water-closet manufactory. This wondrous cabinet of endless delights promises to “guide its readers on their own journey through the city’s streets and landmarks, and resurrect the vanished traces of its past.”

Nobody is healthy in London; nobody can be.

Indeed it does, though I wonder if these sites aren’t best enjoyed in the imagination. It’s always terribly disappointing to go somewhere you’ve been dying to go for ages, where you’ve built up a mythology in your mind, only to find it’s been turned into a McDonald’s or something. The book is rich and seductive, promising such untold delights as a walk through the footsteps of Daniel Defoe in the plague year, “pox and pleasure” in Soho by night, and perhpas most wonderfully of all, a walk entitled “Gallows, Ghosts and Golden Boys: A day in the life of an eighteenth century medical student” (“Round off your day with a visit to the haunted house on Cock Lane…. can you keep up with the hectic life of a London medical student at the dawn of the Enlightenment?”). 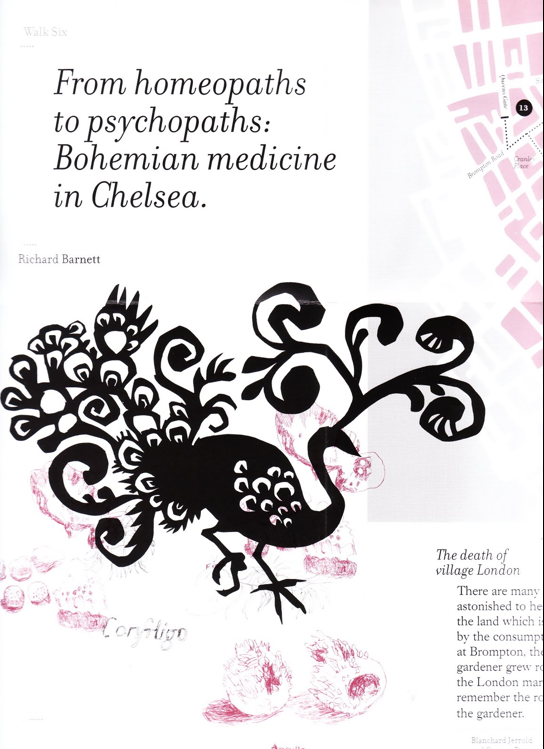 The six walking tours, organized thematically, are briefly outlined in the fold-out maps, and supplemented by a corresponding guidebook that presents the themes geographically (sound confusing? it is, at first, then you realize each walk is organized twice, once by theme and then again by location… and they don’t line up quite exactly but presumably this all makes sense when you’re walking the streets of London as opposed to lying in bed in Brooklyn). 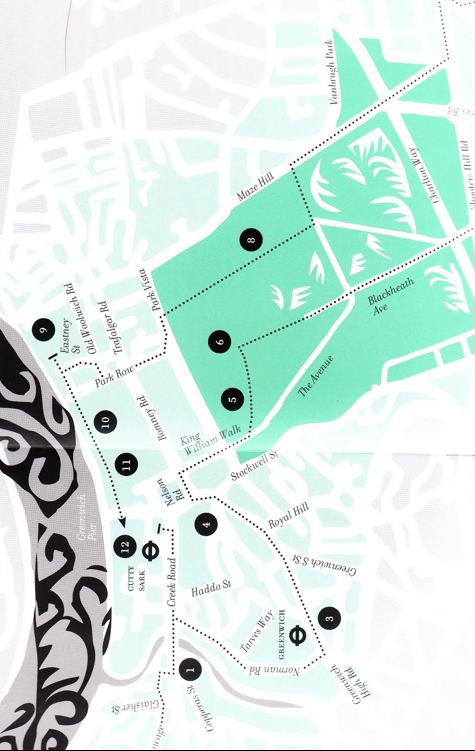 The accompanying booklet, Sick Sity, is written by an actual doctor, so you know it’s good for you, and divided into chapters with titles like City of Multitudes, City of Money, City of Madness, etc. City of Madness is my favorite, because where else would I read about “railway spine” and other neurotic diseases of the 19th century?

Dr. Richard Barnett has a flair with his pen and phrases like this, in City of Pleasure, are thoroughly entertaining:

“Classical theories of medicine, based around the four humors, stressed the importance of a balanced existence as the key to good health. A little of what you fancy might do you good; reckless intemperance on the other hand, would lead to decline, disspiation and even death — most of all through the spread of venereal diseases such as gonorrhea and the dreaded syphilis, a chilling apotheosis of pleasure’s private agonies.”

There are lots of fun facts in this book, like did you know that medical students made life-sized plaster casts of dead criminals and even nicknamed some of them? My favorite: Smugglerius, the cast of a dead smuggler. And the suggestions for further reading are fairly mind-boggling: how can I not read Jonathan Swift after this description of a city shower:

And now the final question: why hasn’t someone written a book called Medical New York?

This post is a reprint from the archives of my personal blog, Spinster Aunt.