Ghosts of Christmas Past Walking Tour Featured in the New York Times!

This weekend’s Ghosts of Christmas Past Walking Tour is featured in the New York Times Spare Times column!

Starting tonight, November 29th, at 7:30pm, the tour focuses on the old British tradition of telling ghost stories at Christmas in the vein of Charles Dickens, but with a decidedly New York City twist!

From the old Dutch Sinterklaas to Washington Irving, New York City has a fascinating connection to all things Christmas… and all things ghostly! The tour is approximately one hour and forty-five minutes in duration, and will stop at some of the city’s most haunted houses, including the 1832 Merchant’s House Museum. 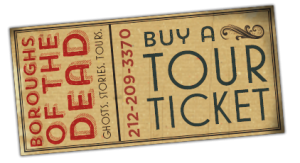