The White Witch of Rose Hall

Annie Palmer, the White Witch of Rose Hall, is the stuff of songs and legends. Yet she was also a real person who lived in Jamaica  in the early 19th century and a morbidly fascinating figure in her own right. The fact that she now supposedly haunts Rose Hall makes her all the more interesting…

I recently took a tour of Rose Hall in Montego Bay, Jamaica. Here’s what I can remember of the sordid tale of Annie Palmer, after more rum-and-ginger-beers than I can count.

Miss Palmer was born in England, to parents of middling wealth, and raised in Haiti, but was orphaned at young age. She was primarily raised by her nanny, and schooled in the ways of Voodoo, which she soon adapted for her own nefarious purposes. Once she was in her late teens, she moved to Jamaica and used her skills to land herself a rich husband, John Palmer, the owner of Rose Hall, a stately home and vast sugar plantation near Montego Bay. Rose became the mistress of Rose Hall, and was soon revealed to be a malevolent, sadistic opportunist, who tortured her slaves for fun, and soon murdered not one but three husbands. Slaves lived in terror of her; men were under her spell. No living portrait of her exists, but some people think the petite woman dressed in red might be said to represent Annie: 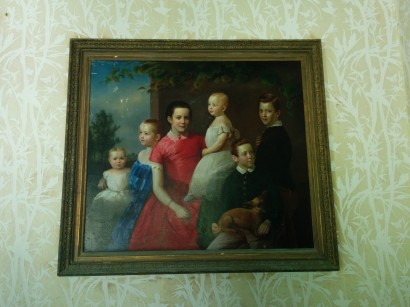 Look closely at the children in this portrait

Annie Palmer loved the color red — color of blood, color of passion — and though she never bore children, she supposedly had this portrait painted to convince people she was indeed the motherly type. Nothing, of course, could be further from the truth. Look closely at the children in the painting. Do they seem stiff and unnatural, and overly posed? They possess none of the vibrancy and realism of the scarlet-clad Annie. In all likelihood, they were modeled on dolls, and here they remain wooden props in Annie’s unconvincing effort to seem human. It is impossible to see from this photograph, but if you find yourself walking beneath the painting, you will notice that Annie’s eyes follow you as you move. For she is still keeping watch on everything in the house… as a “duppy.”

Duppy is the Jamaican obeah term for a ghost or a malevolent spirit — they can manifest in human form, or in animal form. According to our guide, duppies often take the form of bats, so if you happen to see a bat flying low at twilight, beware.

Like most people who live lives of utter debauchery and sin, Annie Palmer eventually received her karmic punishment. After dispatching of three husbands and instigating a reign of terror on the plantation, one of her former slaves, Takoo, decided he’d had enough. Takoo had actually been freed by Annie because she chose him to be her lover. He visited her bedroom nightly and was by all accounts loyal to her — until she crossed a line. Never one to limit herself to just one lover, Annie set her eyes on the plantation’s accountant, one Robert Rutherford. But Rutherford only had eyes for a pretty young slave girl named Millicent — who happened to be Takoo’s grand-niece. Annie murdered Millicent out of jealousy, and to avenge her death, Takoo made love to Annie one final time, then strangled her in her bed. 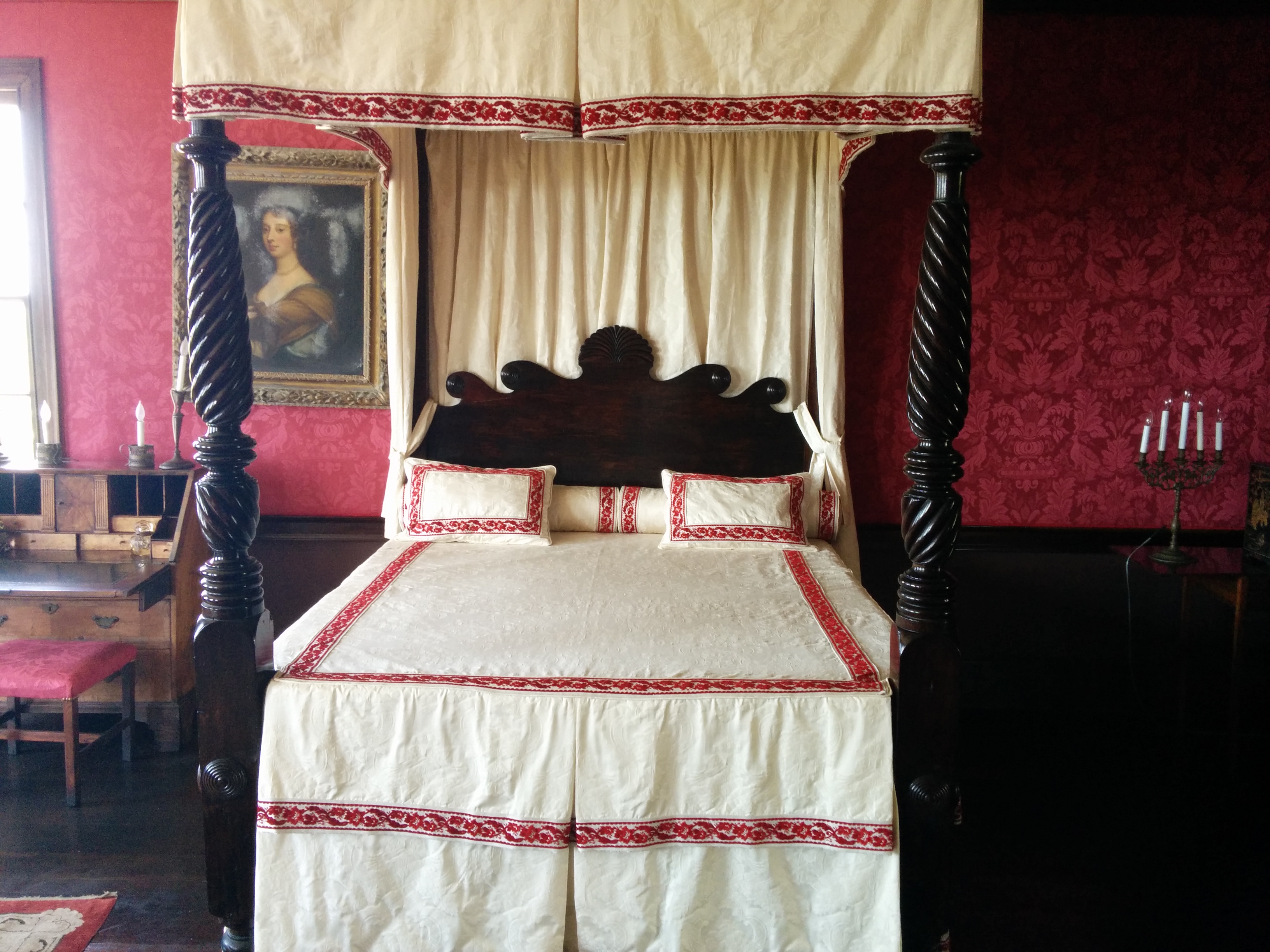 The bed where Annie was murdered

But Annie’s voodoo retained its power from beyond the grave. Soon after she died, she began to make ghostly appearances around Rose Hall, driving servants, guests, and residents mad with terror. Before long, the house was abandoned and fell into ruin — for no one but Annie could ever be mistress of Rose Hall. 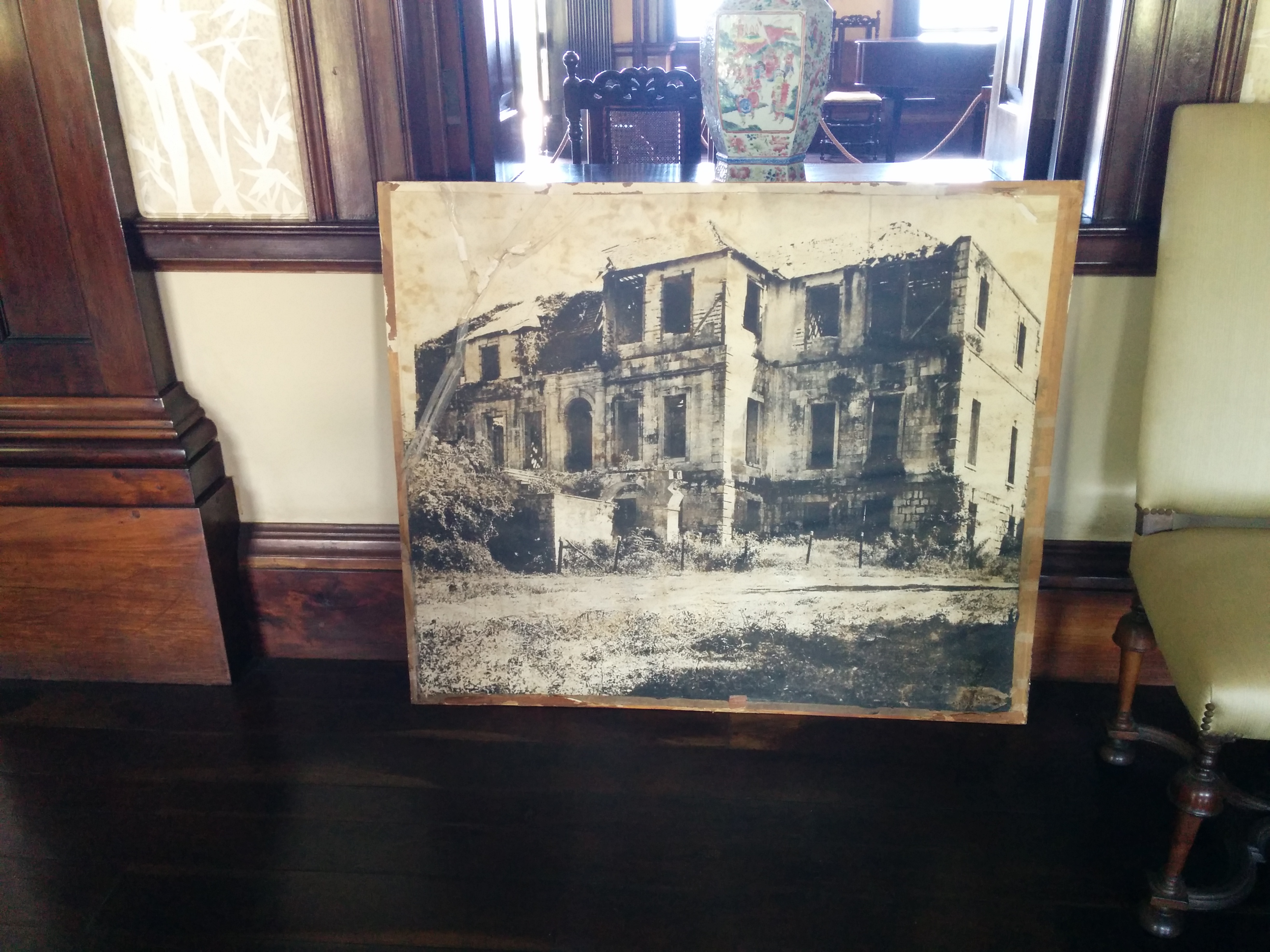 Rose Hall before the restoration

There was one family who did try to live at Rose Hall, in the early 1900s, but they were swiftly driven from the place when their maid was thrown from a second story balcony by an invisible set of hands. 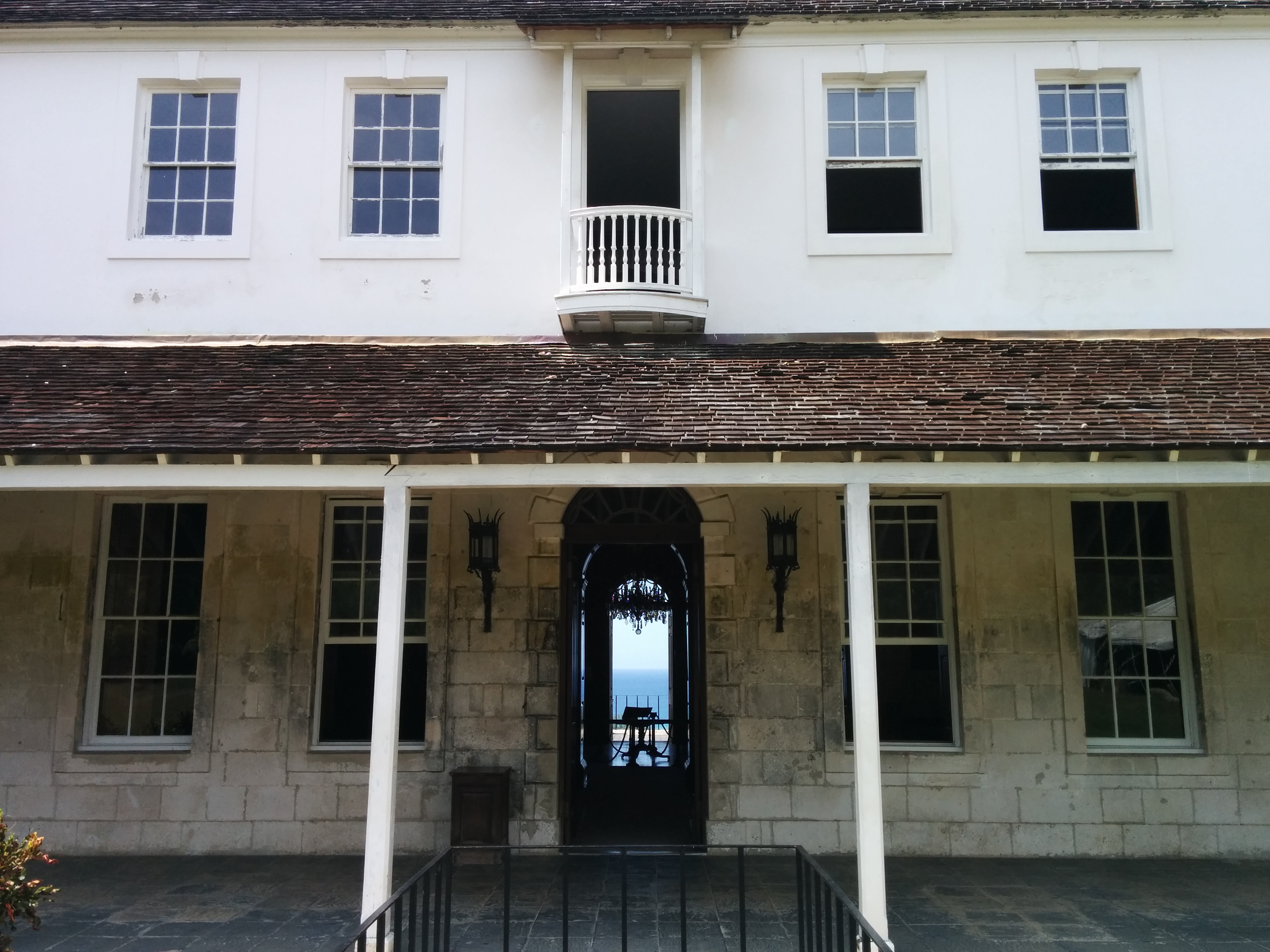 Not only is the balcony the site of the poor maid’s death, but it was the very spot where Annie herself would stand to enjoy the spectacle of her slaves being tortured, which occurred in the yard below. After someone had been tortured to Annie’s satisfaction, they would be led down a set of steps to the dungeon below, where without food, medicine, or water, they would die in a matter of days. 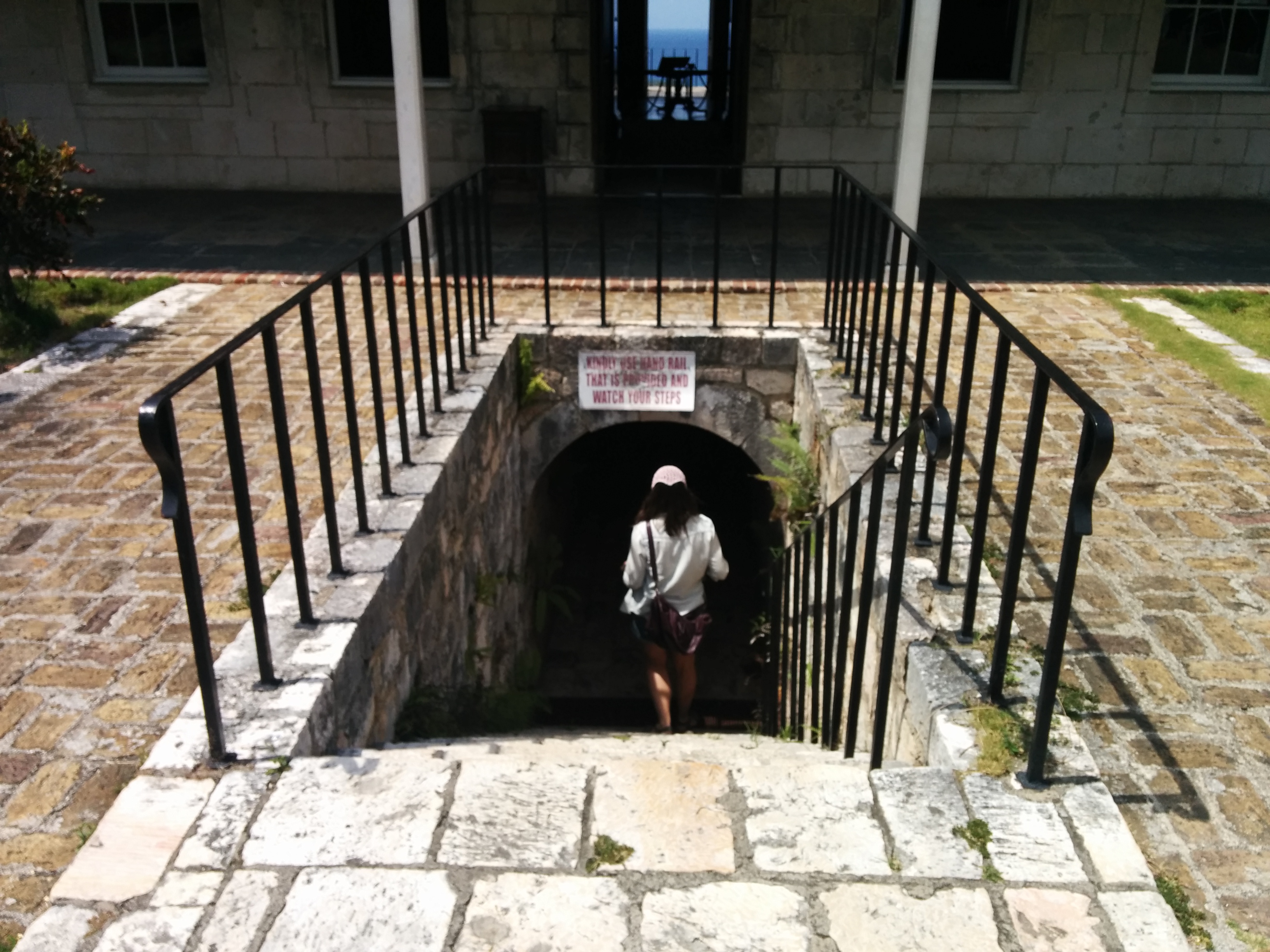 After the death of the maid on the balcony, the new family fled Rose Hall and it lay in silent ruin until the 1960s, when it was then cleaned up, restored, and revived for public use as a historic house and plantation. Now, lush green golf courses, high end hotels, and a busy staff cater to the island’s wealthiest tourists. Surprisingly, Rose Hall is a popular place for weddings — just a stone’s throw from where Annie rests quietly, but not soundly, in her grave. 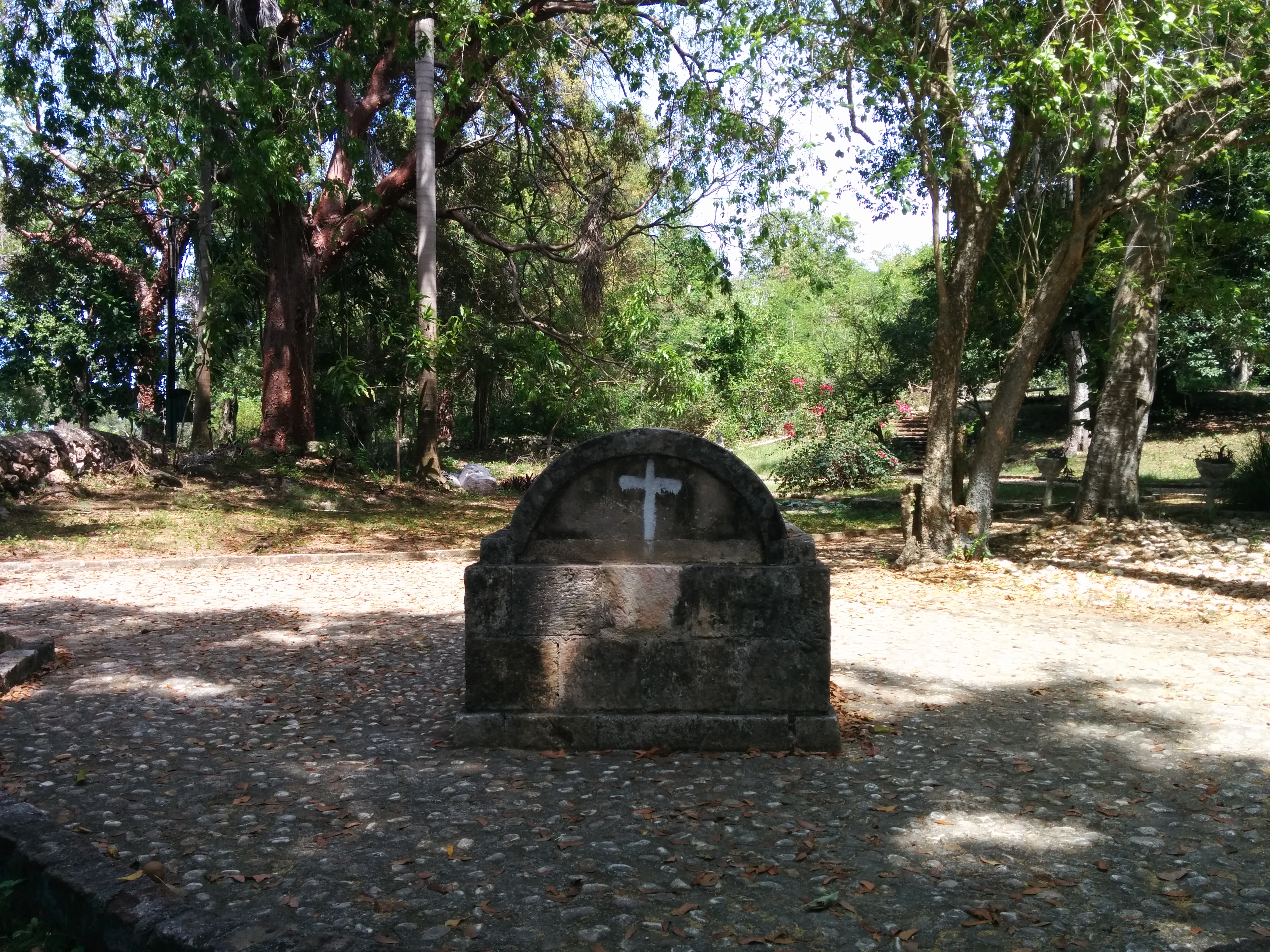 All photographs are copyright of Boroughs of the Dead (in case you’re compelled to steal my smartphone snaps).