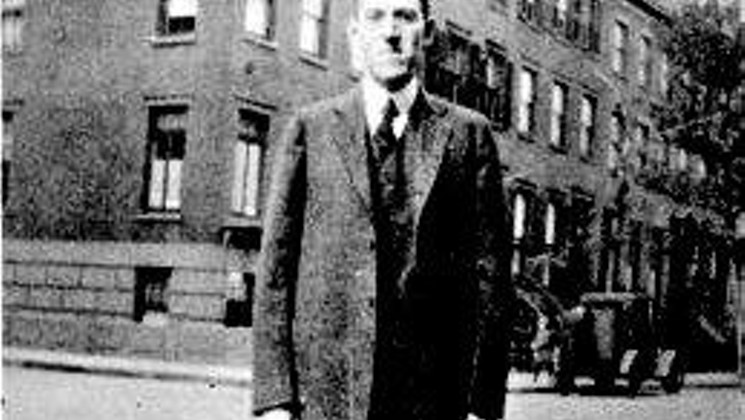 “The man came upon me…as I was threading a series of detached courtyards; now accessible only through the unlighted hallways of intervening buildings, but once forming parts of a continuous network of picturesque alleys.”

In the month of August, a sort of sleep settles over the rational part of the human mind. Work becomes difficult; our attention wanders, we feel slumbrous when we even contemplate intense mental effort… this is the dreamlike state of the dog days. And it is perhaps no surprise that the eighth month of the year has brought us so many writers of horror fiction whose work brings a cooling shiver to those endless, oppressive, overheated days and nights.

Mary Shelley was born on August 30th. J. Sheridan Le Fanu on August 28th. And on August 20th, 1890, Howard Phillips Lovecraft was brought into this world.

To celebrate the weird, fantastic, horrific, and bizarre works of H.P. Lovecraft, Boroughs of the Dead presents a special “birthday edition” of Weird Tales of the West Village: on August 17th at 8:00pm.

With an equal mix of literature, biography, and true-life weird tales, this tour will unearth the forgotten histories and urban lore steeped into the walls, streets, the “archaic lanes and houses and unexpected bits of square and court” of this most geographically uncanny part of the city, as we trace the steps of two of weird fiction’s totemic masters.