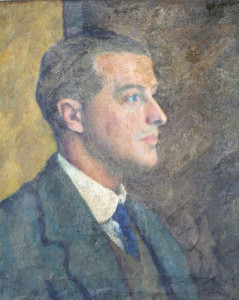 Some of the most compelling Titanic first-person accounts come from Lawrence Beesley’s The Loss of the SS Titanic. Second class passenger Beesley was a scientist and author, and he’s one of those rare people who seem equally gifted in both fields. He writes crystalline clear prose that is devastating without being histrionic:

“Imagine a ship nearly a sixth of a mile long, seventy-five feet high to the top decks, with four enormous funnels above the decks, and masts again high above the funnels; with her hundreds of portholes, all her saloons and other rooms brilliant with light, and all round her, little boats filled with those who until a few hours before had trod her decks and read in her libraries and listened to the music of her band in happy content; and who were now looking at the enormous mass above them and rowing away from her because she was sinking.”

If you don’t feel your stomach slowly sinking to the tops of your shoes when you read that, you’re dead inside.

Beesley even manages to make weather sound menacing, with the following description of the cold air:

“Here again was something quite new to us: there was not a breath of wind to blow keenly round us as we stood in the boat, and because of its continued persistence to make us feel cold; it was just a keen, bitter, icy, motionless cold that came from nowhere and yet was there all the time; the stillness of it — if one can imagine “cold” being motionless and still — was what seemed new and strange.” (My italics)

His keen, bitter, icy, motionless cold is a phrase that would put many horror writers to shame — in fact, it reminds me of nothing so much as M.R. James’ narrator in A Warning to the Curious, who describes “what I can only call a laugh: and if you can understand what I mean by a breathless, a lungless laugh, you have it: but I don’t suppose you can.” (My italics again)

There’s a similarity in their cadences, a deftness in the way they wield carefully selected adjectives, and in both cases the reader is asked to imagine the unimaginable — an impossible paradox that casts doubt on the possibility of an ordered universe — what could be more frightening than the idea of a lethal, unknowable cosmos?

(Actually, in the endless search for novelty and plot twists, Titanic reminds horror writers that the slow inevitability of doom is always much more frightening than the unexpected.)*

Beesley is also incredibly insightful about human nature. Nameless, amorphous dread is always worse than an actual terrifying event, as everyone knows. At least a catastrophe gives you something to rally around instead of just leaving you at home chewing your nails and wearing worry grooves on the floor. He sums it up rather neatly:

“I think we all learnt many things that night about the bogey called “fear,” and how the facing of it is much less than the dread of it.”

After Titanic, Beesley taught school at Dulwich College in London, and one of his students was the uncle of Tim Maltin — a writer and historian who would later posit some really intriguing theories about the Titanic. Beesely was already a widower in 1912, and he never seems to have remarried. All of which means he was an old bachelor and academic by the end — coincidentally, a decidedly Jamesian type.

Honestly, I think if he ever had tried to write ghost stories they would’ve been pretty good. Though I doubt very much he would have been caught up in the whole Edwardian era Spiritualism craze. He was a scientist, after all.

* For those new to this blog, the author writes horror fiction in addition to leading macabre NYC walking tours. Hence the obsession with M.R. James and creating fear through prose.