On Saturday, April 26th, 2014, I attended my first ever paranormal investigation, at the Merchant’s House, an 1832 red-brick row house on East Fourth Street that was home to a prosperous merchant family for almost 100 years. It is one of the city’s most most fascinating historic houses, and is widely reputed to be haunted. You can read more about the Merchant’s House here and here, or find out more on my Greenwich Village Ghost Tour. 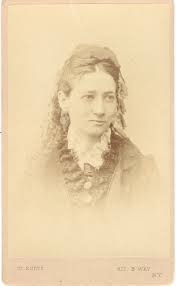 For seven years, Sturges Paranormal has been conducting an ongoing investigation into the various inexplicable happenings at the Merchant’s House. Dan Sturges is an amateur paranormal investigator, in the original, not-for-profit sense of the word. He’s also a regular co-host of the internet radio show The Psi Show with Larry Hewitt.

Dan’s investigational techniques take an admirably restrained, open-minded-skepticism approach. Saturday’s investigation began simply. Five of us — Dan, his colleague Rudy, myself, Merchant’s House board member Anthony Bellov, and volunteer Connie — sat around a small table in one of the administrative offices and Dan told us what to expect. We would essentially go from room to room throughout the house with some very basic pieces of equipment and spend about fifteen minutes in each room.

The equipment included one audio recorder for each of us, and two natural tri-field meters. Tri-fields read electromagnetic fields, but are much more accurate than the little hand held commercial “ghost meter” EMF meters that will go berserk if you put them near, say, a toaster.

We began upstairs, in the servant’s quarters. Both tri-fields were placed in the rooms, and each of us hit record on our devices. At least, I thought I hit record on mine, but it seems to have turned off about halfway through. I didn’t know that this would become significant later.

Dan announced to any spirits who may be present who he was and what our intentions were. He told the spirits about the presence of the tri-field meters in simple terms even a 19th century vestige would understand (“It’s a little blue box and if you go near it, it will make a noise”). Then each of us said our names, and Dan proceeded to ask a series of questions. Though it would seem to the casual observer that he was merely talking to an empty room and then taking loooong pauses, in fact he was allowing the spirits to respond via EVP — electronic voice phenomena — that he would later theoretically hear when he played back the digital recordings. EVPs are somewhat mysterious in that they cannot be heard in real time, only in playback. Dan’s theory is that the voices are transmitted telepathically onto the recording, and don’t pass through the air like regular sound waves (which is why we can’t hear them).

The kind of hilarious thing about doing an EVP session is that you have to announce yourself whenever you make a noise, and state any ambient noises you may hear, so that when someone plays the sessions back later, they don’t mistakenly assume your rumbling tummy is a demon. So essentially you get two hours of people standing in an empty room asking questions into the silence and occasionally saying, “Car honking,” “Floorboards creaking,” or “That was me.”

Dan’s questions ranged from specifics about the spirits’ lives and times in the house (“Were the Tredwells good people to work for?”) to questions about the investigations themselves (“Do you remember what happened the last time I came here?”). Dan would also invite any other spirits who may be present to show themselves, whether they were part of the Tredwell household or not.

We did this room by room, with somewhat inconclusive results. No entity ever manifested itself over the tri-fields in any very significant way, nor did we hear or see anything moving, except for a few brief thumps that might have come from upstairs, right near the end of our session. The thumps, and the few very mild squawks coming from the tri-fields seemed to happen when we were talking about things the family might have understood — their children, for example, or what a night out on the Bowery might have been like in 1855. Other than that, very little occurred that seemed significant.

One interesting thing did happen to my audio recorder, though. Despite being filled with freshly charged batteries, the little machine drained its batteries twice. Maybe I was futzing with it too much, or maybe the triple A’s I picked up at the deli were just cheap pieces of crap. Who knows? Some say that battery drainage correlates to spirit activity, though it’s by no means conclusive evidence of anything. Dan took it all in stride, though I thought it was a little odd (then again, I am terrible with tech, always).

The audio session have yet to be played back, so perhaps some interesting EVPs will reveal themselves. They certainly have before. So even though nothing earth-shattering happened while I was there, I was still really impressed by the laid back style, simple tech (Dan used a notebook and pen!), and lack of forced drama that occurs in a real investigation.

There is no doubt something is afoot at the Merchant’s House — about four paranormal occurrences, from the servants’ bells ringing on their own, to actual apparitions of family members — still happen every year, as they have been since the house first opened to the public as a museum in 1936. But what exactly is going on, or what’s causing it, remains a mystery that won’t be solved in one night.

Investigations can and do reveal interesting results, but not quickly.