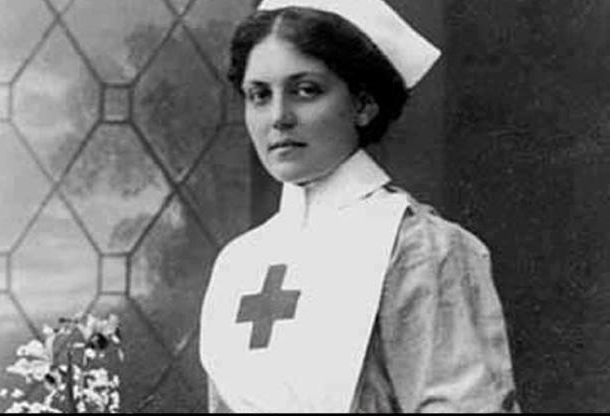 When speaking about Titanic, phrases like “unlucky,” “ill-fated,” and even “star-crossed” get bandied around a lot. Yet for all the bad luck surrounding the boat, there were a great number of people who exhibited extraordinarily good fortune and were able to survive the sinking or even stay off the ship entirely due to one twist of fate or another. But what about the woman who survived not one but two seafaring disasters? It’s safe to say that Titanic stewardess Violet Jessop might have had the luckiest streak of all.

Violet Jessop was born in Argentina, the daughter of an Irish immigrant sheep farmers. She was diagnosed with TB as a child but, incredibly, overcame the disease even after doctors gave her only a few months to live. When her father died a few years later, she returned to Britain with the rest of her family, where eventually both she and her mother got work as stewardesses aboard the Royal Mail lines.

Violet was working as a stewardess aboard Titanic only reluctantly. She’d been happy working on her sister ship, Olympic, but her friends persuaded the pretty twenty-four-year-old that working aboard Titanic would be a marvelous adventure. When the ship struck ice on April 14th, Violet was ordered into lifeboat 16, where she remained adrift in the freezing Atlantic for eight hours before being rescued. Surviving the disaster is amazing enough, but here’s what’s really incredible:

After working on Titanic, Violet became a nurse with the British Red Cross and served in the first World War. She was aboard the Britannic when it went down in 1916 — and survived again.

Jessop would later claim it wasn’t luck that saved her life so much as her thick head of hair!

When Britannic sunk, she found herself underwater and was repeatedly hit on the head by one of the ship’s propellers. She rather gruesomely, “came to the surface surrounded by severed corpses and injured men,” battered and shocked but otherwise fine… except for a few bad headaches, which she basically just shook off. Later, she would discover she had actually fractured her skull:

”I leapt into the water but was sucked under the ship’s keel which struck my head. I escaped, but years later when I went to my doctor because of a lot of headaches, he discovered I had once sustained a fracture of the skull!”

The hardy Violet would eventually retire to a thatched cottage and live quietly until 1971, suffering no further nautical disasters.

To learn more about Titanic’s strange and fascinating stories, be sure to take our “Ghosts of the Titanic” tour this weekend!