Halloween Activities from Brooklyn to Broadway 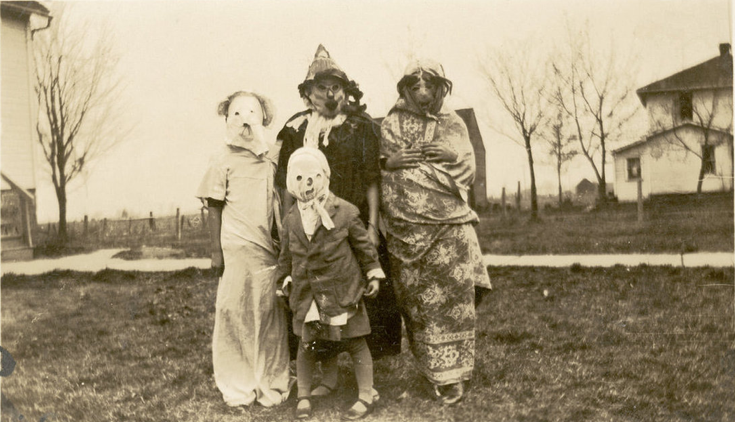 Looking for something to do on Halloween?

There’s no shortage of Halloween activities in NYC, but for those who want to get beyond the standard parades and haunted houses, Boroughs of the Dead offers tours of over half a dozen neighborhoods in Manhattan and Brooklyn. When paired with some of the other unique activities the city has to offer, you can create the perfect, delightfully creepy day… and night.

If you want to escape 2014 and head back in time to the vicious, bloody, and decidedly disturbing days of Colonial and early New York, try Forgotten Dark Histories of Lower Manhattan. Learn all about the ghastly, weird, often uncanny, and shockingly dark history of Lower Manhattan as this macabre walking tour wends its way through the oldest parts of New York City.

Pair it with: The African Burial Ground National Monument

This hauntingly beautiful and moving memorial marks one of New York City’s most historically significant burial grounds. From the late 17th century until 1794, both free and enslaved Africans were buried in a 6.6-acre burial ground in Lower Manhattan. Nowadays you can walk through the outdoor sculpture and burial mounds, or learn more about early African-American New York at the Visitor’s Center. Open Tuesday through Saturday, 10:00am – 4:00pm.

The Ultimate Greenwich Village Ghost Tour. Learn what parapsychologists and modern “ghost hunters” have to say about some of the unexplained phenomena that haunt the East Village and Greenwich Village, as you hear some incredible, entertaining, and downright creepy true ghost stories. All the stops and stories on this carefully researched route have been painstakingly hand-picked to bring you some of the scariest, strangest, and most consistently verified ghost stories in New York City.

Pair it with: Ghost Hunting 101 at the Merchant’s House Museum.

Join well-known paranormal investigator Dan Sturges to learn about the different methodologies and technologies of paranormal investigations. He will discuss the “do’s and don’ts” and the disconnect between what really happens in the field — and what appears on sensationalized TV programs. Sturges draws on years of experience as a field investigator including his ongoing, seven-year investigation of the Merchant’s House Museum. He will share examples of evidence he’s collected over the years, as well as expose fake hauntings. For more information on Dan Sturges, visit www.sturgesparanormal.com. $15, $10 MHM Members. Tuesday, October 21, 6:30 p.m. 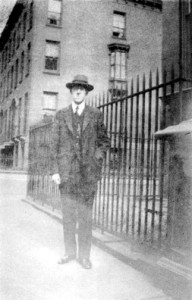 For: Fans of the Eldritch and Arabesque

If you’re enamored of Poe, Lovecraft, and really fancy words, try The Weird West Village: From Poe to Lovecraft. Explore the ghostly, uncanny, and weird side of the West Village on this tour that highlights the works of two great horror writers. All of our Weird West Village tours are led by working horror and Speculative Fiction authors, who will weave a narrative thread connecting Poe and Lovecraft’s literary legacies and influence to some stranger-than-fiction ghost stories and bizarre histories in this endlessly captivating neighborhood.

Pair it with: The Greenwich Village Literary Pub Crawl with Literary Manhattan and/or Lovecraft Bar NYC.

If you can’t get enough of sodden Greenwich Village wordsmiths, the Literary Manhattan Pub Crawl will guide you through the rapidly disappearing past of Greenwich Village, as guides lead visitors through some of the old haunts and sites of Jack Kerouac, Edna St. Vincent Millay, Hart Crane and more. Just can’t get enough Lovecraft? Head across town to Lovecraft Bar NYC, which features gorgeous decor and design by local artist Benjamin Enzfelder, craftily named cocktails, and is sure to delight every Lovecraft fan in this city.

For: Lovers of all things Gaslamp, Steampunk, and Victorian

This Halloween, discover The Magic and Mysticism of Central Park on a transportative journey through a space rich in mystical imagery and spiritual symbolism. Among the park’s sweeping vistas are hidden traces of the 19th century’s transcendentalism and spiritual revivals, echoed in its landscape aesthetics, sculpture, and design. Tour will be led by Leanna Renee Hieber, the award-winning, bestselling author of multiple Historical Fantasy series for adults and teens such as the Strangely Beautiful saga, the Magic Most Foul saga and the forthcoming Gaslamp fantasy series, The Eterna Files saga from Tor/Forge.

Pair it with: Death Becomes Her: A Century of Mourning Attire at the Met Museum.

The Met stays open until 9pm on Fridays, so why not take a peek inside the famed art museum after your Central Park tour? The Costume Institute’s first fall exhibition in seven years, Death Becomes Her will explore the aesthetic development and cultural implications of mourning fashions of the 19th and early 20th centuries. Approximately 30 ensembles, many of which are being exhibited for the first time, will reveal the impact of high-fashion standards on the sartorial dictates of bereavement rituals as they evolved over a century. You’ll also receive a handy guide to the Met’s more macabre works of art after your tour, so you can merrily roam the halls of the Egyptian wing on All Hallow’s Eve. Death Becomes Her exhibit opens October 21st.

The only walking tour dedicated exclusively to Poe’s life and work in New York City, Edgar Allan Poe’s Greenwich Village is 90 minutes of merciless myth-busting and loving tribute led by dedicated Poe fan and researcher, Boroughs of the Dead founder Andrea Janes. Interweaving assiduously researched biographical facts, relevant Greenwich Village history, and excerpts from Poe’s poems and stories, this literary and historical walking tour will provide both newcomers to Poe and long-time fans with fresh insights and perspectives, and honor one of the most influential American writers who ever lived. Tour runs on October 4th and 7th, with a special toast following the October 7th tour. 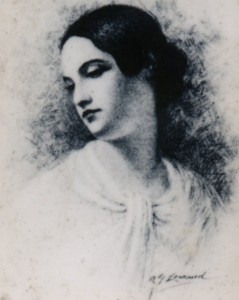 Pair it with: The Poe Cottage in the Bronx.

A short trip on the D train, the newly restored cottage and adjacent Poe Park is a must for any true fan. If you haven’t been there already, it’s worth the ride to the Bronx — gazing on the bed where Virginia Poe drew her last breath is a poignant and unforgettable experience. If you’ve already made your pilgrimage to the cottage, try heading over to Columbia University’s Butler Library’s Rare Books and Manuscripts Division, where the mantel from the Brennan Farmhouse (where Poe wrote The Raven) is still displayed. Poe cottage is open Saturdays 10AM-4PM and Sundays 1PM-5PM. Columbia University Library access may be granted by permission of the librarian.

Our brand-new Ghosts of Broadway and Hell’s Kitchen tour makes its way westward from the heart of Broadway to the fringes of Hell’s Kitchen, sharing the terrifying tales of the ghosts who still linger long after the show has finished. From a beautiful Ziegfeld girl who died too young, to a charismatic impresario who refuses to give up show business even in the afterlife, there are miles of specters to be found on the Great White Way.

Pair it with: A cocktail at The Blue Bar in the Algonquin Hotel.

Sip with the ghost of Dorothy Parker and others, in the restored splendor of the Blue Bar. Though the hotel is now owned by Marriot, you can still imagine you’re part of the Vicious Circle if you close your eyes and feel the spirits… though you’d better refrain from puns like that in Miss Parker’s presence. The Blue Bar is open daily from 11:30am until 1:30am. 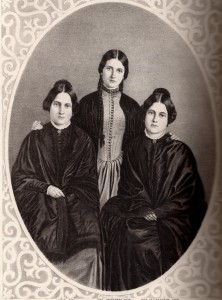 Pair it with: A stop at the newly opened Morbid Anatomy Museum.

Their current exhibit, The Art of Mourning, runs through December 4th. On Sunday, October 5th, they’re holding a Taxidermy Fair and book release celebration for artist Robert Marbury’s Taxidermy Art, The fair will feature a live taxidermy demo, panel discussions and “oddity booths.” The Museum & Library are open from 12:00 p.m. until 6:00 p.m., every day except Tuesday.

If, like many Brooklynites, you hate taking the subway on weekends, take a local stroll instead and try our brand-new Ghosts of Brooklyn Heights tour. Nestled within the sedately charming dwellings of Brooklyn Heights one finds a wealth of gory, ghastly, haunted, and horrific tales. Let Boroughs of the Dead guide you to the frightening sites of dreadful stories that inspire terror in those who pass them after dark.

Pair it with: The Brooklyn Historic Society

You can’t have ghosts without history, so why not learn a thing or two at The Brooklyn Historic Society? The last word in Kings County history, The BHS will give you all the info you need to nod knowingly on your ghost tour.